Benshi is a recommendation guide for parents who want to show wonderful films to their children aged 2 to 11. The site offers you several sections for discovering cinema as a family using a fun approach: film files with all the information needed to guide you, theme lists for entertainment around a particular theme and, lastly, articles to find out all you need to know about films aimed at young viewers.

Benshi is a site beamed to you straight from France. A small team of people who are passionate about films for young viewers work on it every day. Thanks to a subsidy from Europe Creative Media, Benshi can now offer its expertise in new countries, including the United Kingdom!

Everything is free and you can create an account with profiles for each of your children to build their love of cinema. You can rate films, earn badges, collect films watched and much more, and Benshi can delight parents as much as children!

As you browse through Benshi, you will find: 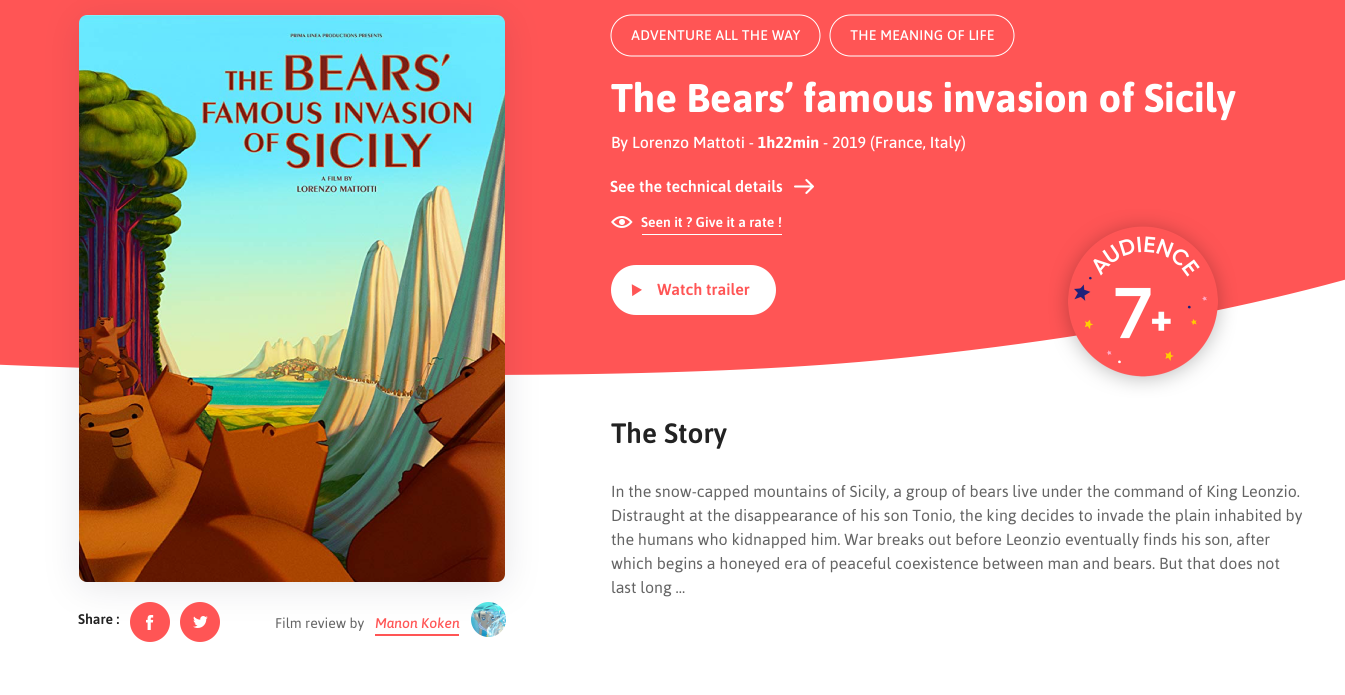 Benshi recommends films that have been carefully chosen by a selection committee that specialise in young audiences. At Benshi, you will find a catalogue of 150 film files with commentaries consisting of a synopsis, an opinion (why should you show it to your child?), a precise and justified age recommendation, some good reasons to watch the film and any related films if you are interested in delving deeper. So Benshi offers an educational overview of the work to arouse the curiosity of young viewers.

The kid profile and theme lists: 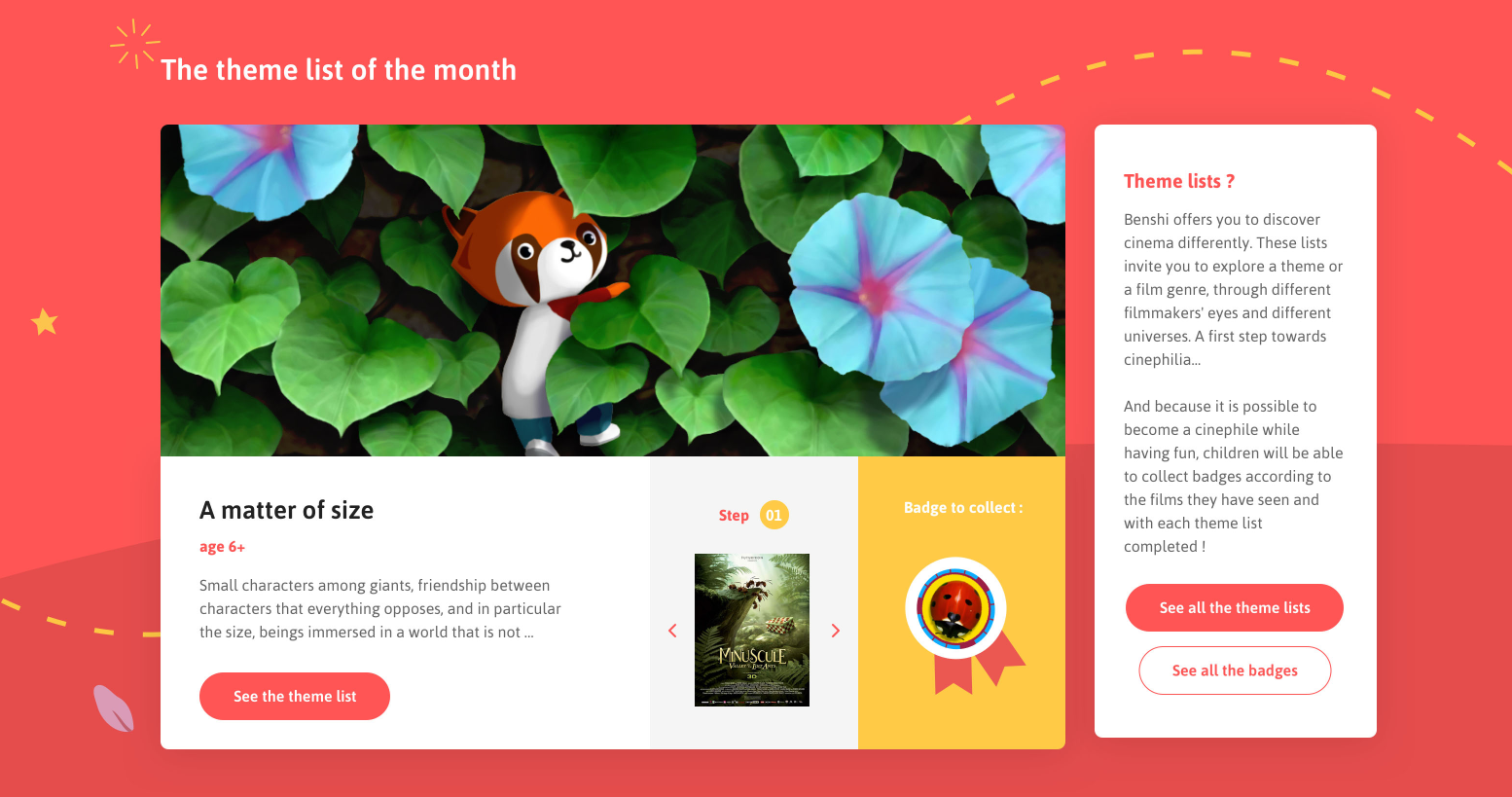 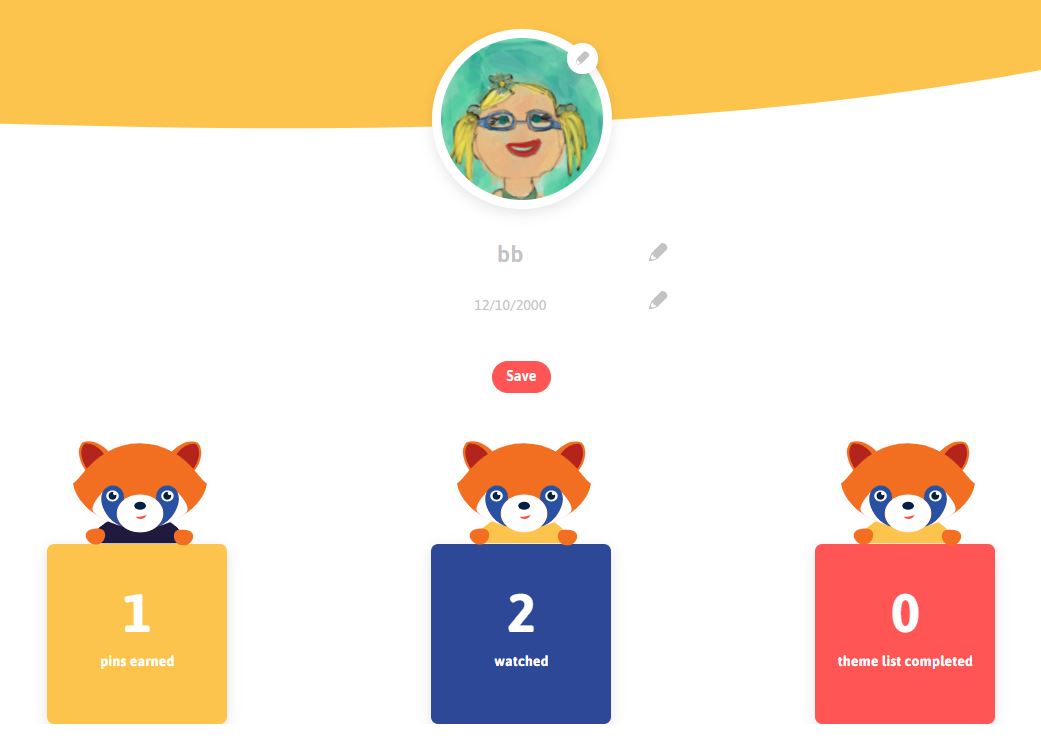 On Benshi, each child can create their own profile. Here they can enter and rate films they have watched and ones they want to watch, enabling them to earn badges as rewards! Theme lists give you a chance to explore a cinematic topic or genre through the approaches of different film makers and various universes. 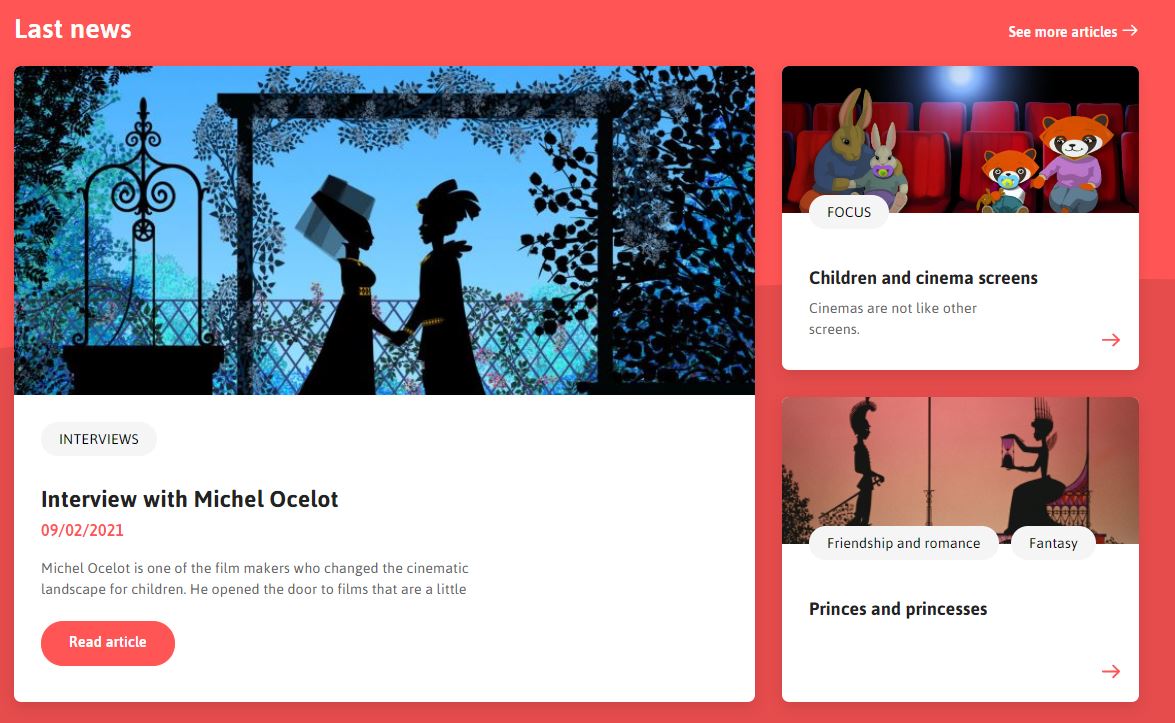 Benshi also offers a range of articles, including interviews with directors and special features on famous animation studios or the impact of screens, all of which helps you to find out more about cinema for young people!

Created by the Studio des Ursulines, a Parisian independent cinema specialised in programming arthouse films for young audiences, Benshi is a 100% independent site designed for parents and children aged from 2 to 11. Since January 2016 Benshi has been helping people discover cinema with their families and recommending hundreds of quality films suitable for children. These are selected and commented on by a team of passionate movie lovers who specialise in catering to young audiences.

The success that Benshi has enjoyed in promoting these films has led us to share in other countries, namely the United Kingdom, Spain and Portugal. The adventure goes on!