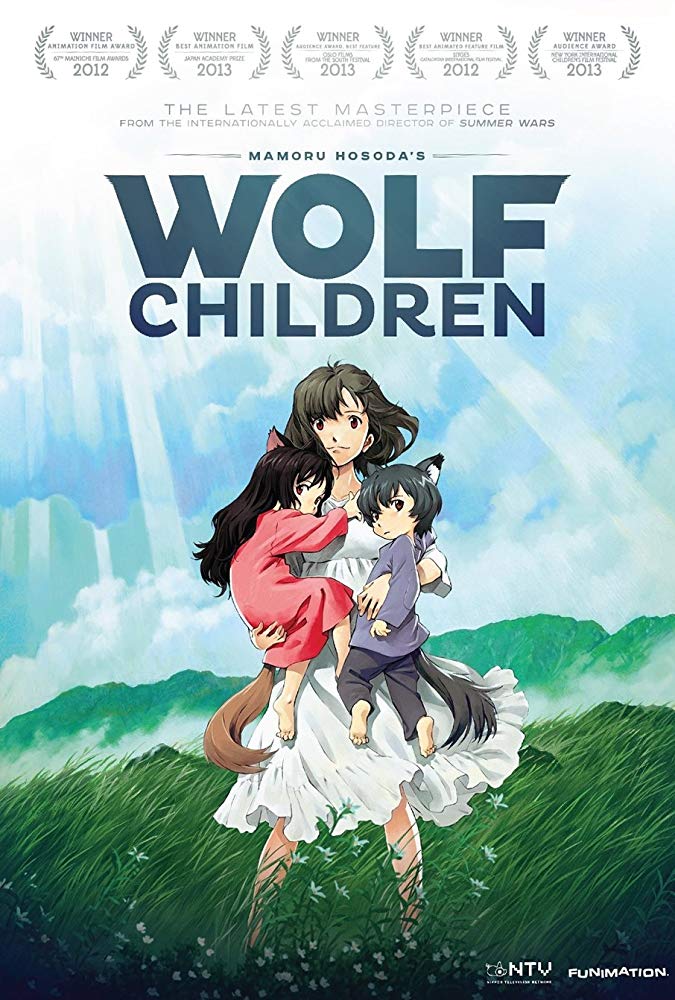 Review by Louis-Paul Desanges
Fantasy The meaning of life

Hana, a young student from Tokyo, falls in love with a mysterious boy named Ookami ... ... who turns out to be a wolfman, the last of his species. Hana is so much in love with him that she feels no fear. A few years later, she and Ookmai have two children: Yuki, then Ame. But shortly after Ame's birth, Ookami dies in tragic circumstances. Overwhelmed by sorrow and unable to continue hiding her children in Tokyo, Hana decides to move to the mountains. The children grow up. Then comes the time when they, too, must make a choice.

By tracking across several years the destiny - and it truly is a destiny - of Hana, the mother of Ame and Yuki, Mamoru Hosoda delivers a work full of subtlety and inspiration. Many films have drawn on the legend of the wolfman but this one offers a new take on it, one that is only possible with animation: the wolf children, like their father, alternate between being attractive and threatening, as they are in conflict with their own nature. They do not transform only at night; rather, they can undergo the change at any time depending on their emotions - fear, hunger, anger and so on. Sometimes they go all the way, sometimes they do not, leaving them in hybrid form. One of the triumphs of the animation is that it perfectly conveys this constant coming-and-going between two natures, which suggests that it is not fractured but linear, fragile, fluctuating. Another delight is the way the film includes marvels in an absolutely realistic creative universe in which care has been taken with every minute detail, from the lights in the city to the rustling of the leaves in the forest. The director's technical prowess is awesome. Some of the scenes, especially the ones amid nature, are done with particularly remarkable precision and accuracy. Just as impressively, this technical mastery never gets in the way of emotion in this intimate fresco. The destiny of the children and, especially, of their mother, who never loses her love, is deeply poignant.

From age 7. The film's length may turn off very young kids.

A father named Courge lives with his son in a forest, far from civilisation. Raised without any knowledge of...

It is not always easy to find your place in a family, especially when you have to share it with a brother or sister. The heroes of these films are brothers and sisters in various forms - wolf cubs, twins, Buddhists or sea divinities -, but they tackle challenges and plot together, supporting each other and helping each other grow. The six films in this course are poetic, moving, funny and musical, and they introduce you to very different sets of siblings who are, nonetheless, all linked by the same deep love and shared understandings.