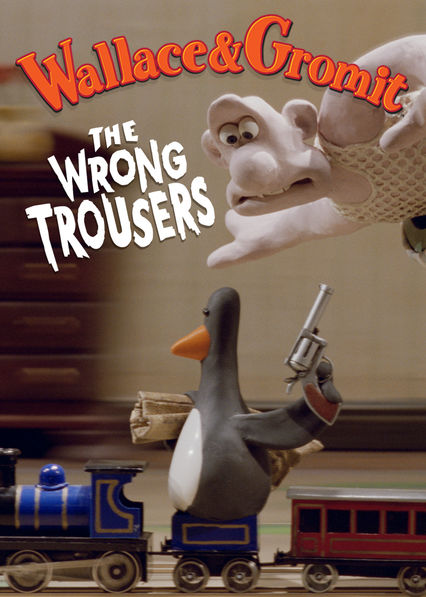 Review by Cédric Lépine
Friendship and romance Adventure all the way

With not a penny in their pockets and a mountain of bills to pay, Wallace and Gromit have to take a tenant into their home. When a strange little penguin pitches up at their door, the last thing they think is that they are about to harbour a criminal mastermind.

This second feature film with the British heroes Wallace and Gromit, following A Grand Day Out (1989), is a story full of suspense about a peculiar and dangerous penguin. From the very first scene it is a pleasure to delve into the day-to-day existence of this famous British duo. Wallace is an ingenious and somewhat eccentric inventor whose astonishing creations do not always work as planned. The characters' very British lifestyle is turned into parody through an array of inventions and the quick wit of Gromit, who may not speak but is always highly perceptive and supremely clever. He puts those qualities to good use to preserve his faithful friendship with his owner, Wallace. The pace of life of the dog and his master could be dull if it were not for the fact they keep getting tangled up in adventures that take them into the craziest situations. In this case a penguin masquerading as a tenant who is very considerate towards Wallace turns out to be a dangerous criminal who uses mechanical trousers for nefarious purposes. Wallace can be as naive and straight-forward as Inspector Gadget but his dog, Gromit, has a happy knack of intervening to ensure the stories always end well. In this film serious strain is put on the comradeship between Wallace and Gromit, as the latter feels sidelined in their shared life: firstly, a pair of mechanical trousers seems to monopolise Wallace's attention, then the penguin's arrival disrupts the dog's love for his owner. Young viewers will recognise their own emotional insecurities here. As the emphasis switches to the action, the script takes the form of a crime to be solved. Like a Hitchcock story, the seemingly innocent character carries a hidden and formidable threat. But Gromit will regain his place by saving his master once again: all is well that ends well!

This short film is recommended for ages 5 and over, as its length (nearly 30 minutes) and the threat of the penguin may make it unsuitable for younger kids even if everything is always presented with good humour. Kids younger than 5 could find the film a bit too fast-moving and upsetting.

By Will Becher, Richard Phelan
age 6+

Our favourite sheep is back with an intergalactic adventure! This time, Shaun the Sheep meets an adorable...

Who could have bitten a chunk out of Wallace's cheese? And nibbled at his porridge? And eaten the plant?...