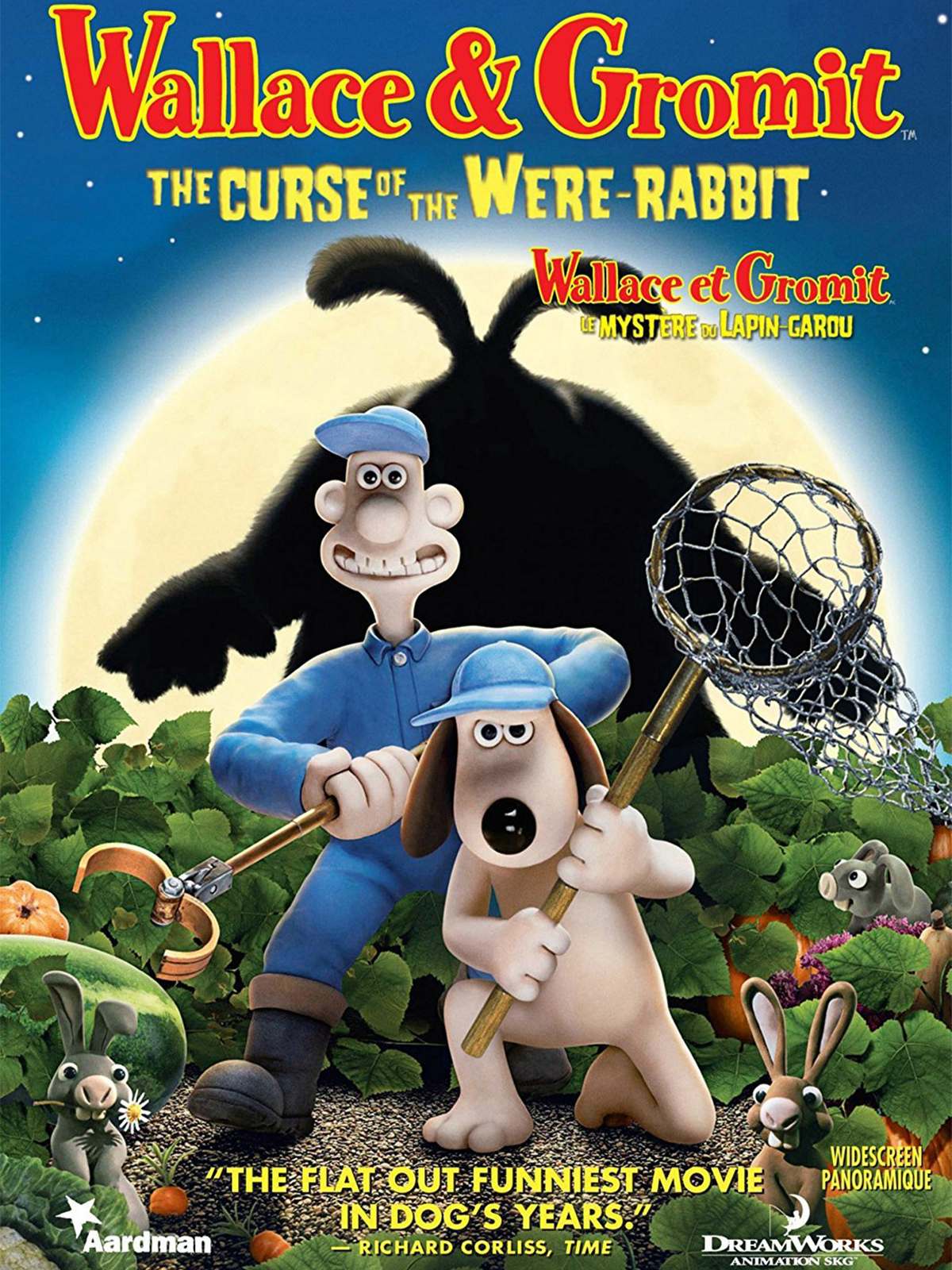 As Tottington Hall gets ready for its annual giant vegetable competition, Wallace and Gromit set up a business to catch the invasive rabbits who are devouring crops throughout the area. To put an end to this invasion once and for all, Wallace devises a machine for brainwashing rabbits to stop eating vegetables. But the plan goes awry and soon a mysterious were-rabbit is spreading terror throughout the community. So Wallace and Gromit set out to hunt him down.

We were already familiar with the madcap adventures of Wallace & Gromit thanks to several terrific short films: A Grand Day Out, The Wrong Trousers, and A Close Shave. Progressing to a feature film was their natural next move. The Curse of the Were-Rabbit lures us back into the marvellous and amusing world of the pair's creator, Nick Park, and this time Wallace's bonkers inventions play a prominent role. As in the short films, we are treated to the famous morning ritual gag, whereby Gromit operates an elaborate contraption for getting Wallace out of bed before dressing him and catapulting him straight to the breakfast table. Gromit, Wallace's faithful non-speaking dog, constantly has to offset the clumsiness of his inventor owner. And sometimes that clumsiness can have disastrous consequences. A botched experiment on a rabbit spawns a diabolical creature who sows terror throughout our two heroes' peaceful neighbourhood. The inspirations behind Nick Park's spoof are clear: the film mentions, amongst others, Frankenstein, the legend of the werewolf, and King Kong. Cinema-loving kids (and adults) will get a kick out of recognising all the references. Advancing to a feature film also gives the creators a chance to expand their universe by introducing new characters. The residents of Tottington Hall include the (slightly) enlightened reverend, a nasty upper-class bounder who keeps sharp-toothed dogs, a ravishing aristocratic lady (for whom Wallace quickly falls) and an army of invading rabbits. Animating a whole host of puppets made from modelling clay took all of the skill of Aardman Animations, the leading specialists in stop-motion animation. They master their technique with such finesse and style that viewers feel like they are watching clay come to life. Everything is in constant movement, with the action rattling along at a frantic pace. That leads to some legendary moments, such as the chase between Gromit and a nasty dog, in fake airplanes, across the roof of a country manor. We also have to acknowledge the ingenuity of the scriptwriters, who bring absurdity into every situation and never miss an opportunity to insert another joke. As pulsating and hilarious as ever, the latest adventures of Wallace & Gromit are a delight every step of the way. Already a classic of animated cinema!

From ages 4-5 with no upper limit. Grown ups will enjoy watching the original version with French subtitles So British...

Sometimes cinema makes fun of itself by subverting a genre's motifs with humour and tenderness. This can mean alluding to characters or themes and exaggerating them or turning their characteristics upside down. These parodies are often very funny and, above all, are vibrant tributes to a genre or film that has made an impact on the history of cinema. Frankenstein, for example, has been regularly parodied (e.g. Frankenweenie, Frankenstein Junior) Will you be able to recognise the genres or works being spoofed in the films on this course? A good, alternative way of discovering the cinema while laughing...