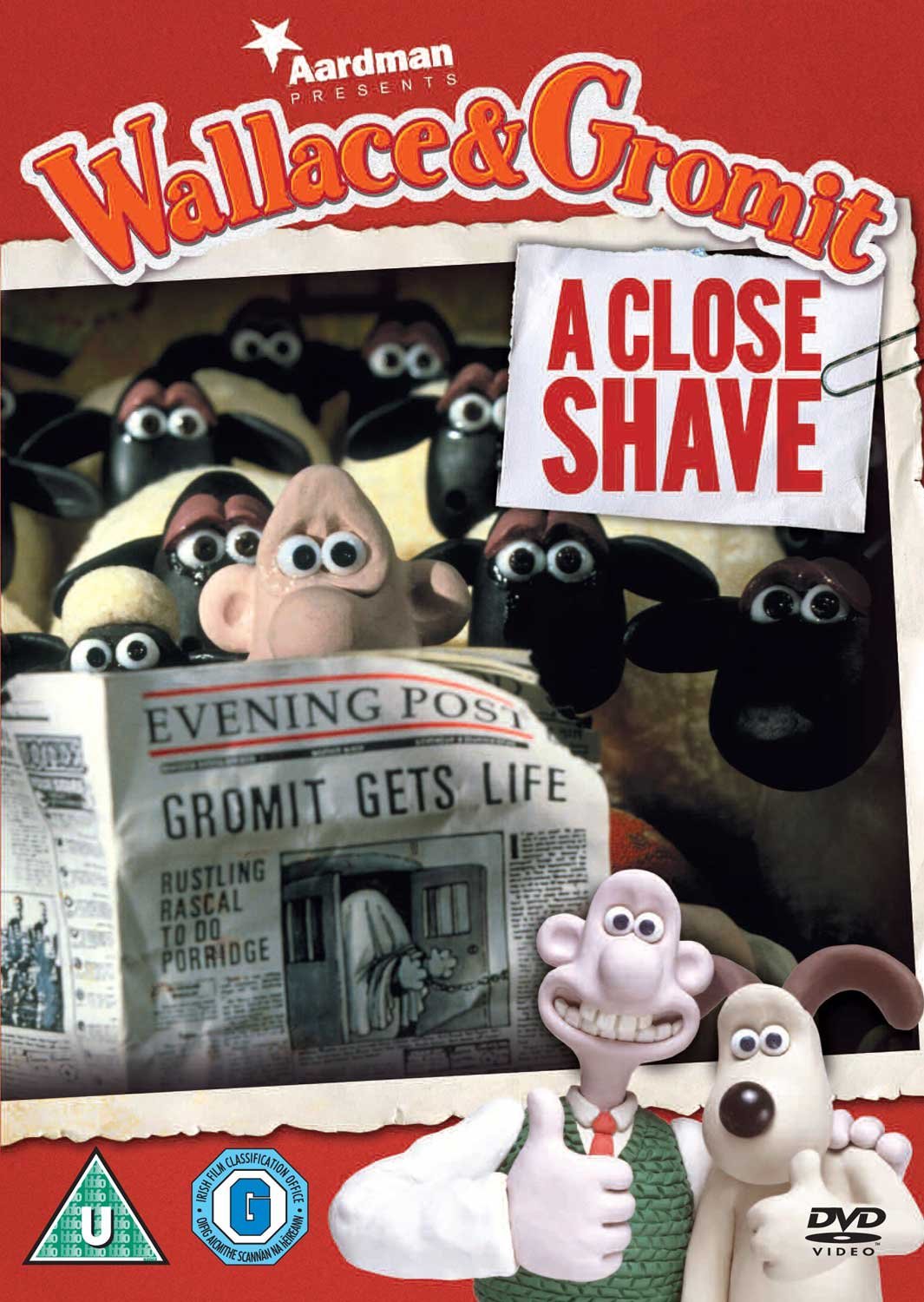 Who could have bitten a chunk out of Wallace's cheese? And nibbled at his porridge? And eaten the plant? Something strange has arrived to disrupt the comfortable daily lives of two companions, who get tangled up unwillingly in a sinister sheep-rustling plot.

With toast, Wensleydale cheese and marmalade, the talented Aardman Animations studio once again breathe vibrancy into the daily British lives of Wallace and Gromit. And it is a real treat to see inventive, beautiful and traditional animation thanks to stop-motion. For their third animation, Wallace and Gromit are a pair of window cleaners. Sounds harmless, right? But a threat is looming. The two friends are catapulted into a thriller that also features a beautiful love story. While his comrade only has eyes for Wendolene the wool vendor, Gromit leads the investigation. With a wool shortage and sheep being kidnapped, something very strange is afoot... It is not a coincidence that A Close Shave heralded the first appearance of a little sheep named Shaun, who is now a big star beloved of children and adults all over the world. With suspense worthy of an Agatha Christie novel, a Sherlock Holmes adventure or a film by Alfred Hitchcock, this caper inevitably packs in plenty of chills as well as laughs. With intense chases, perilous acrobatics and mysterious discoveries, the heroes never run out of surprises. And, as always, Wallace's madcap inventions lead to a raft of jokes that make Wallace and Gromit worthy representatives of slapstick cinema. Cinema buffs will get a kick out of the nods to Terminator, Wacky Races and, of course, the previous adventures of this lovable dog and his owner. This feature will leave you wanting to take a trip to Bristol to marvel at the studio!

A Close Shave is recommended for anyone over the age of 5, as younger viewers may be upset by the nasty dog named Preston. Other than that, there is nothing to worry about and plenty of giggles thanks to endearing heroes who quickly lift the spirits!

By Will Becher, Richard Phelan
age 6+

Our favourite sheep is back with an intergalactic adventure! This time, Shaun the Sheep meets an adorable...

With not a penny in their pockets and a mountain of bills to pay, Wallace and Gromit have to take a tenant...