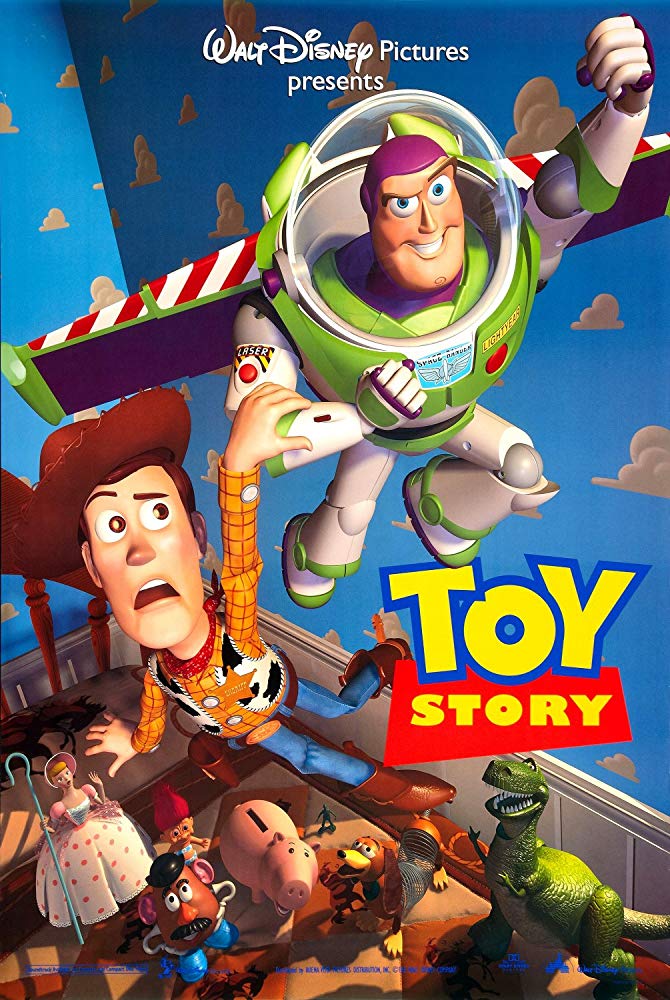 Review by Mathilde Boissel
All-time classics Adventure all the way

When young Andy leaves his bedroom, his toys start to live their own life under the guidance of his favourite ragdoll, Sheriff Woody. Andy does not know that his birthdays are a time of high anxiety for his toys, who worry about being usurped by a new arrival. That is what happens when Andy gets Buzz Lightyear as a present. This intrepid space explorer from a galaxy far away spreads mayhem in this little world and, along with Woody, launches into countless perilous and pulsating adventures.

In 1995, Toy Story became the first entirely computer-animated film. This technological and visual revolution kicked off by Pixar was a real turning point in the history of cinema. The film met with huge commercial and critical success from its release thanks to the way it was made and the original script by Disney. Toy Story is about the hectic life of Andy's toys. Resisting children's brutality, heading off on commando missions and sometimes escaping hostile environments: those are the daily challenges faced by these funny and endearing characters. They include a plastic Tyrannosaurus who scares absolutely no one, the sometimes grumpy Mr Potato Head, a lovely shepherdess and, of course, Sheriff Woody! Not only is he the little boy's favourite, he is also the leader of the group. Until the day he is toppled by a new toy - a certain Buzz Lightyear, a space adventurer who has an arsenal of gadgets and is admired by everyone. How are these totally opposite characters going to get along, especially in times of crisis? Fast paced and full of emotions, this has everything needed to be a real action film! The producer even took inspiration from buddy movies of the 80s, such as 48 Hours, Midnight Run and Lethal Weapon. It deals with issues of jealousy, power and the fear of being abandoned, as well as solidarity and how to live in society. In short, this is an entertaining, fun-filled film that is also thought-provoking. It is ideal for family viewing!

From age 5-6: the film's medium length and pace may not hold the attention of younger kids.

A long time ago, two children were nursed by the same woman. Azur, the blonde-haired, blue-eyed son of a...

A few years ago, Robert Bob Parr, alias Mr Incredible, was forced into retirement by the upsurge in lawsuits...

The thinking in Monstropolis is that human children are toxic, so they inspire great fear. Yet children's...

With toys or figurines that come to life as soon as your back is turned or public places transformed into theatres of incredible adventures, the only limit to children's games is the imagination. In that sense film makers are big kids who, through cinema, invent new universes with their very own rules. They play as they please with motifs and viewers. So a flower pot can transform into a big scary jungle, and buttons can become spoils of war! Let's play with the cinema and revel in the wonderful space where anything is possible...