The Valley of the Wolves (La Vallée des loups) 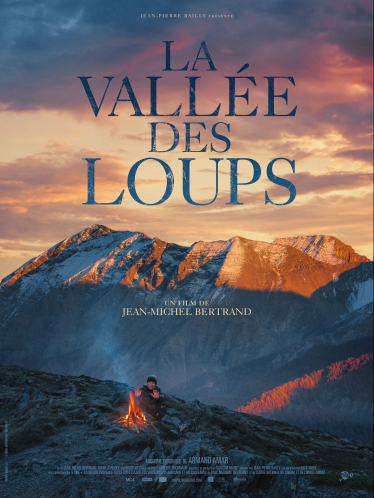 The Valley of the Wolves (La Vallée des loups)

In a secret valley in the middle of the Alps, director Jean-Michel Bertrand goes on the trail of wolves. He spends three years and a succession of seasons camping in the wild in an effort to catch sight of one of these legendary animals. The documentary chronicles the adventure of this exceptional man as he treks across lowlands and great heights. Despite the snow, rain and wind, he persists with his obsession. His quest has its share of doubts and unforeseen developments, as well as some lovely encounters. This is a magical expedition in the mountains.

Eagles and wolves are not so far apart! When he went back to the Alps to fulfil his childhood dream of filming eagles in their natural environment, Jean-Michel Bertrand sensed that there may be wolves, those legendary creatures, somewhere nearby. Wolves have long fascinated people, alarming us and making us dream. The thought that there might be some nearby turned into an obsession for this director who is also an adventurer and investigator. The result is a breathless and powerful documentary. The highs and lows are narrated by the film maker himself, with off-camera voices and commentary serving us up a veritable legend of the Alps. Wolves are the actors in a genuine mountain tale, proving as mysterious as they are inaccessible. That tricky situation does not deter our mountain adventurer, who shows tremendous patience and respect for nature as he goes beyond all expectations in a bid to see the animals in their wild surroundings. La Vallée des Loups is not just another run-of-the-mill animal documentary. It is a real cinematic work, with a point of view and a well considered mise en scène. There can be characters in a documentary. On his journey the film maker meets an array of unusual characters, and owls and goats become his travel companions. Helped by these special associates, the director plots his route on a simple drawing book, using X to mark places where he can bivouac, much like on a treasure map. Jean-Michel Bertrand has the strength of a hunter and the cunning of a fox, which is just as well, because to get as close as possible to the animal, he had to become like one and mark his territory. There was never any question of Jean-Michel Bertrand taking the easy option and filming wolves in parks or reservations. He is not the sort who would make a film about freedom and sacrifice honesty and ethics in the process, so he refuses to reveal the location of the creatures' lair. The film is raw and allows viewers to see these animals and the valley as spontaneously as possible. The majestic yet simple landscapes alternate with the director's narration, which is accompanied by Armand Amar's subtle music. The documentary ultimately comes down on the side of the wolves. Its stance impels us to wonder about the relationship between humans and the environment. This is a veritable fable in favour of nature, and in which nature enraptures us.

We have no hesitation in recommending La Vallée des Loups for viewers age 6 and over. The film's director, actor and narrator immediately gains the trust of young viewers thanks to his natural manner, his humour, his lovely voice with the musical accent and his driving passion. The suspense is never too heavy and there is a regular supply of funny scenes and marvellous moments in a spectacular natural show.

Mowgli, a young boy raised by a pack of wolves, is being hunted by a terrible tiger, Shere Khan. To protect...

In present day Russia, Peter is a poor young boy who lives in the suburbs with his mean grandfather. When he...

Selkirk is a reckless and highly ambitious pirate. One day, he joins Captain Bullock's crew. Aboard the ship...

A man adrift in the sea is caught up in a terrible storm and washed ashore on a tropical island. Finding no...

Benhsi offers this course for young cinema lovers eager to discover true stories that can be upsetting, moving, exotic, funny or even sporting. Each of these documentary films opens a window on a world, enabling us to meet individuals who gives us insights into who they are, where they live, and how. The cast of heroes even includes animals, since they too have (true) stories to tell us!