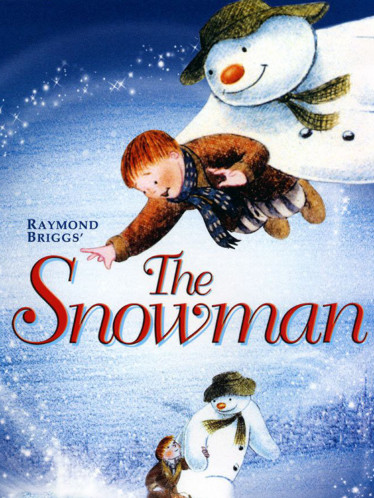 One freezing day, a little boy makes a snowman. During the night, he gets up, goes downstairs and leaves the house without telling his parents. He discovers that his snowman has come alive. The two new friends decide to go to the North Pole to look for Santa Claus...

This is a timeless and universal story that never gets old. Adapted from Raymond Briggs' illustrated book of the same name, The Snowman is a marvellous journey through childhood. This wonderful winter tale shines a light on the budding friendship between a little boy and a snowman. One snowy day, a child decides to build a snowman in his garden. But when night falls, the snowman comes to life and invites the boy on a magical adventure. The pair of new friends fly over lovely countryside and all the way to the North Pole, where they try to meet the man who fuels so much mystery back home: Santa Claus. The Snowman is an animated film with no dialogue but bathed in the sumptuous music of Howard Blake. The film runs for twenty minutes, building gradually until an actual lift-off in a highly emotional scene in which we see the two friends take flight as these marvellous lyrics play: "we're walking in the air, we're floating in the moonlit sky, the people down below are sleeping as we fly." This masterful scene leaves a lasting impression thanks to its beauty, lyricism and poetry. As they glide above snow-covered landscapes, we see remarkable artwork featuring pastel drawings. The coupling of the music and the sets generates a unique atmosphere, making the moment simply magical. Beyond its poetic dimension, The Snowman is also a film about friendship. To the eyes of children, The Snowman represents a playmate who is simultaneously protective and reassuring. Throughout the story the little boy's eyes never stop glowing with happiness when he is with his new friend. He shares joyful moments with him and learns about the world while having fun. And even though this friendship is fleeting, it gives the boy the best present he could get: memories that last forever. So The Snowman unfolds as an enchanting show that inspires dreams. And despite a heartbreaking end, this lovely work has become a masterpiece among films aimed at young audiences.

For age 3 and over This short film last less than 30 minutes, has no dialogue and is ideal for children aged 3 and over.

Father Frismas tells the story of a little girl who, like Cinderella in the fairytale, lives with her father...