The Secret of Nimh 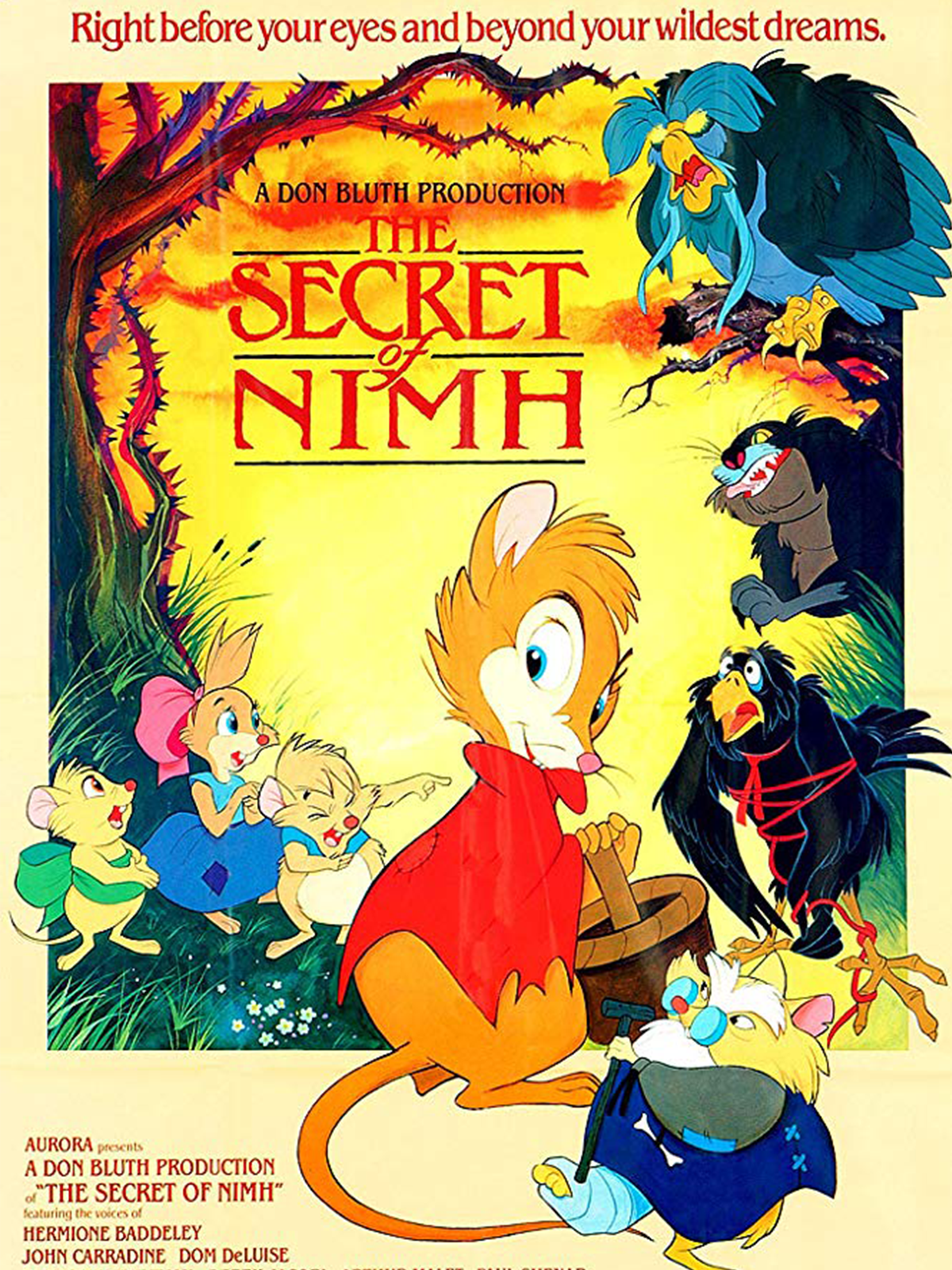 Review by Jeanne Frommer
Fantasy The meaning of life

The Secret of Nimh

Mrs Brisby lives in the field of Farmer Fitzgibbons. Her husband has just died and her youngest son is so ill he can't get out of bed. Unfortunately, the farmer is about to plough the field and Mrs Brisby has to leave her home with her family as quickly as possible. To save her son's life, she has to ask for help from the mysterious and worrying rats of Nimh, who live in the wild rose bush. But she has no idea what she is going to find out about them, her husband and, most of all, about herself…

The Secret of Nimh fascinates with its very dark, even austere, tone and appearance, which makes for an interesting alternative to the Disney films that for so long enjoyed a monopoly on animated feature films. The first thing that strikes viewers is the realism of the artwork. Don Bluth does not renounce the Disney-esque fondness for anthropomorphising animals (who wear clothes and have furniture in their homes just like humans) but nor does he dilute their daily lives and their relationship with humans. Instead he places their struggle in the heart of the story. The script is one of the film's strengths. Adapted from a novel, the film addresses love and courage against a backdrop of magic but also raises another issue, one that is very embedded in our society: animal testing. The rats of Nimh who come to Mrs Brisby's assistance are more intelligent because they were used in experiments, a fact we do not learn until later and which adds a new layer to the film and story. The film mixes realism, fantasy and the supernatural (such as the magic amulet and talking animals), giving it a mystical, sometimes disturbing atmosphere that is reinforced by the colours used, with yellow, brown and blue colour casts. This work on the colour and sets helps to make the film a triumph.

For age 7 and over. The film's creative universe is quite dark and disturbing: it could unsettle, or even scare, very young children.