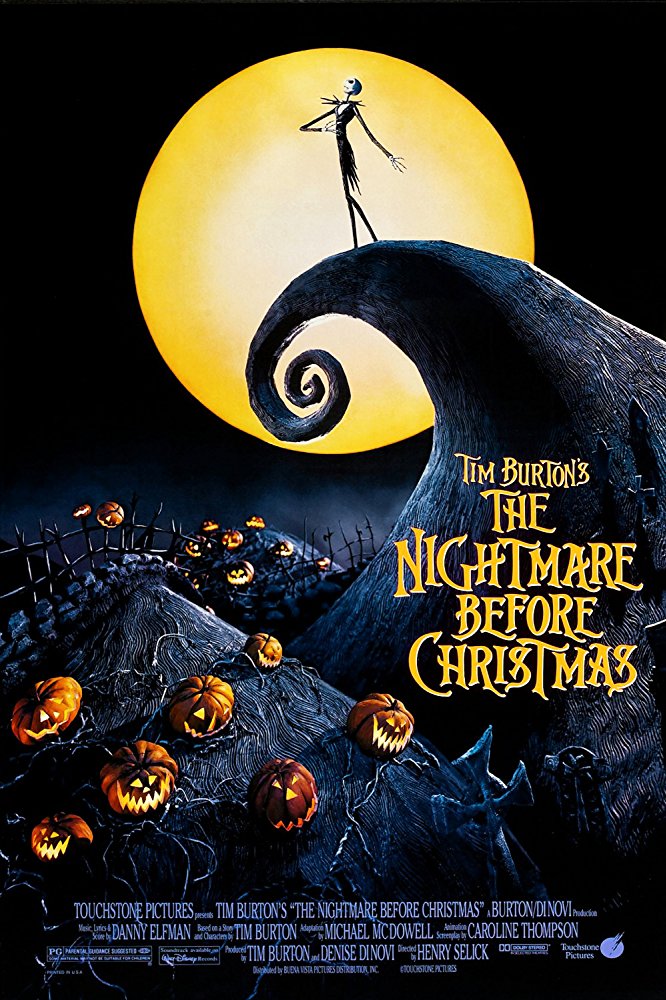 Every year, zombies, witches and other macabre creatures from Halloween Town get ready for the annual celebrations during which Jack Skellington, the so-called "Pumpkin King", finds amazing new ways of scaring the town's citizens! But Jack has grown bored of going through the same routine every year. While he is on the outskirts of the town and complaining about his boredom, his spots a tree that has a door in the shape of a Christmas tree. He cannot resist opening it, and it turns out to be a portal to another world, namely Christmas Town! Dazzled by what he discovers, he decides to organise a Christmas party at Halloween...

The Night Before Christmas is a musical comedy and fantasy tale that is full of frights and laughs! People often claim mistakenly that this film was directed by Tim Burton but, in fact, the director was Henry Selick. But the misconception shows just how Burton-esque the film is thanks to attributes such as Danny Elfman's macabre music, the dark universe and weird sets (Halloween Town) and colourful suburbs that are straight and regular-shaped like the suburbia in Edward Scissorhands (Christmas Town). Although Jack, with his willowy form, is the character whom the residents of Halloween find the most frightening, your children will grow fond of him very quickly. From the very first scene it is clear that Jack is unhappy because he is tired of always doing the same thing. So when he discovers Christmas Town, he is amazed by how colourful it is and how cheerful its residents look. The contrast between the two towns is essential to this film! Halloween, which seems scary at first glance, turns out to be the more vibrant town with imaginative and unusual gifts, whereas Christmas Town is mind-numbingly conventional, with its formulaic appearance full of roundness. As they watch the film, your children will rapidly understand that, for all his good intentions, Jack will not succeed in arranging the celebration because he does not have the same cultural references. He is not able to adapt to the tradition of Christmas despite his Santa Claus outfit! The film's strength lies in its interesting, nuanced critique of American society, which is represented largely by everything connected to Christmas (production line work, identical houses, etc.). The main character upsets the normal course of events and introduces a little chaos into a world that is too orderly… Ultimately, what is examined in this film is the status of being on the margins of society and excluded! And, of course, love also has a role to play... You will enjoy the incredible visual quality of this film, which is down to the stop motion animation technique. The choreography of the characters' movements is magical and realistic. If your children like witches, vampires, Santa Claus and other fantastic characters, then The Night Before Christmas is certainly an original and magnificent animated film right up their street! It makes for ideal viewing during the festive season.

Young kids may find Halloween Town and Oogie Boogie to be intimidating at first but most of the characters turns out to be likable and funny. That is why we recommend this film for children from ages 6 or 7.

Royally ignored by parents too preoccupied with their work, Coraline Jones is given no choice but to move with...

When talking movies arrived, film also embraced music, singing and dancing. That gave rise to a new genre that reached its peak in the 1950s in the United States. Since then, musical films have carried on enchanting young and old viewers alike. As they cross genres and years, they lose none of their celebratory quality. Through the seven films chosen for this course, Benshi invites you on to the dance floor to discover musical films in all their diversity. This en-chanting course is for young cinema- and music-lovers aged 6 and over.