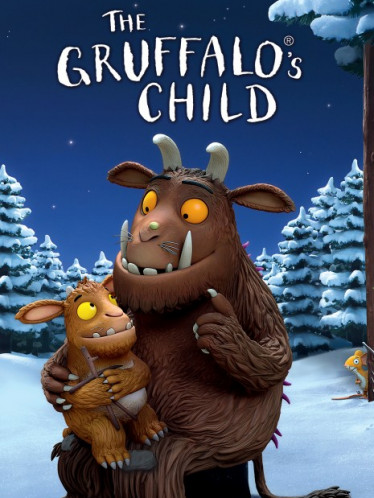 Review by Céline Maya Latour
Fantasy The meaning of life

Deep in a cave, the Gruffalo is telling his child the story of the Big Bad Mouse that roams in the woods. Curious to meet this monster who seems to terrify everyone, the little Gruffalo heads off into the forest to look for it even though his dad has forbidden him from going there.

The Gruffalo first appeared in France in a short film programme released in 2011. It was a hit, so one year later came the sequel: The Gruffalo's Child.

After his encounter with the Big Bad Mouse, whom he still remembers, the Gruffalo has become a father. He warns his son about the danger lurking deep in the forest. But the Gruffalo's child is intrigued by this creature who sounds like something right out of a legend. Does it really exist? Instead of wondering idly, the Gruffalo's child takes matters in hand and sets off into the woods. He is determined to get to the bottom of the story. The Gruffalo child's quest quickly turns into an amusing treasure hunt that is enhanced by the wintry forest set, which enables the character to follow the footprints left in the snow. The treasure hunt follows the same repeating structure as The Gruffalo, making the film easy for young viewers to understand. On the way we meet the same animals that the Gruffalo met and they guide (or rather, try to mislead) the Gruffalo's child.  This intrepid and curious character is a pretty good role model for children, as he refuses to tolerate doubt and prefers to go and find his own answers rather than settle for what others want him to hear. He even shows himself to have good understanding borne of wisdom, as he chooses not to tell his father what he found out about the mouse, thus ensuring that the rodent, the legend of the forest and his own imagination all remain alive.

From age 4. The shortness of the film and its structure based on repetition make it ideal even for very young children.

So what kind of adventures should we expect from a warm-hearted witch who has her head in the clouds and likes...