The girl who leapt through time 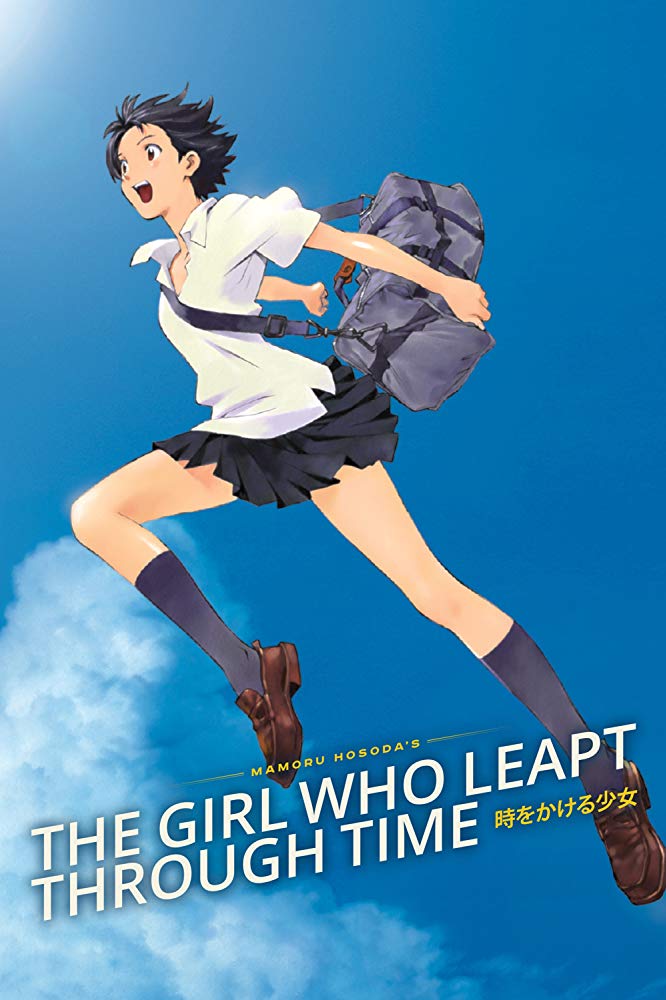 The girl who leapt through time

Makoto is a teenager living in Tokyo. She lives a quiet life consisting of meals with her family, arguments with her little sister and school work that she does with no great relish. Her favourite activity in the early summer days is playing basketball with her two good friends, Chiaki and Kôsuke. But her life takes a strange and unexpected twist when she discovers a capsule that gives her the power to travel through time. Now that she can go back in time, she can change the course of events. However, little by little, she grows aware of the responsibility she has when everything she does influences the lives of others.

Mamoru Hosoda's film is based on Yasutaka's Tsutsui's 1960s novel, which gained cult popularity in Japan. In the film, Hosoda makes Tsutsui's heroine Makoto's "witch aunt". So there are two time-travelling girls, one who used to travel through it in the past, the other who travels through it in the present. Therein lies the thrust of The Girl Who Leapt Through Time, in which the director explores the things that change from one era to another and the things that stay constant. That is why The Girl Who Leapt Through Time, which has been adapted several times, can be told in different ways in different eras using the words and styles of the age in question. Mamoru Hosoda's film is embedded in very realistic high school and urban setting, with the artwork featuring a multitude of details that magnify the beauty of day-to-day life. But the film's sense of time subtly shifts owing to the effects of a magic capsule that transplants an invisible part of the protagonists' life into the most fantastic supernatural world. This deft fusion of realism and fantasy is one of the film's chief strengths. The film is also enhanced by a range of melancholic and slapstick tones, a blend that makes it all the more satisfying for viewers. Impressions and atmospheres are crafted specifically to generate a feeling of time being stretched, moving on ceaselessly. We see and feel with summer landscapes, seasonal sensations and memories of summer. Makoto pulls out all the stops to try to suspend time. But the film is also very funny and offers slapstick larks, as the power bestowed on Makoto leads to outlandish sequences of repetitions. The humour in these is increased by the fact that to use her power, Makoto has to perform extravagant acrobatic feats that flirt with the entertainingly absurd. Above all, this is a story about a carefree teenager who comes to realise the importance of the decisions she makes when choosing the direction to give her life.

From age 9, when children will appreciate the subtleties of this coming-of-age story.

All set for the Land of the Rising Sun! This course is designed as an invitation to travel through the Japan of yesteryear and today. Benshi chose works by essential directors of Japanese cinema (including Miyazaki, Takahata, Hosoda, Kitano and Kore-Eda). They are suitable for cinema-lovers aged 7 and over. These stories reflect prized qualities of Japanese culture - modesty and sensitivity -, and the importance of the family is a recurring theme in them, as is respect for environmental balance. Now is the time to discover these "Treasures of Japan"... This course opens a little door that encourages you to continue exploring the vast richness and diversity of Japanese cinema.