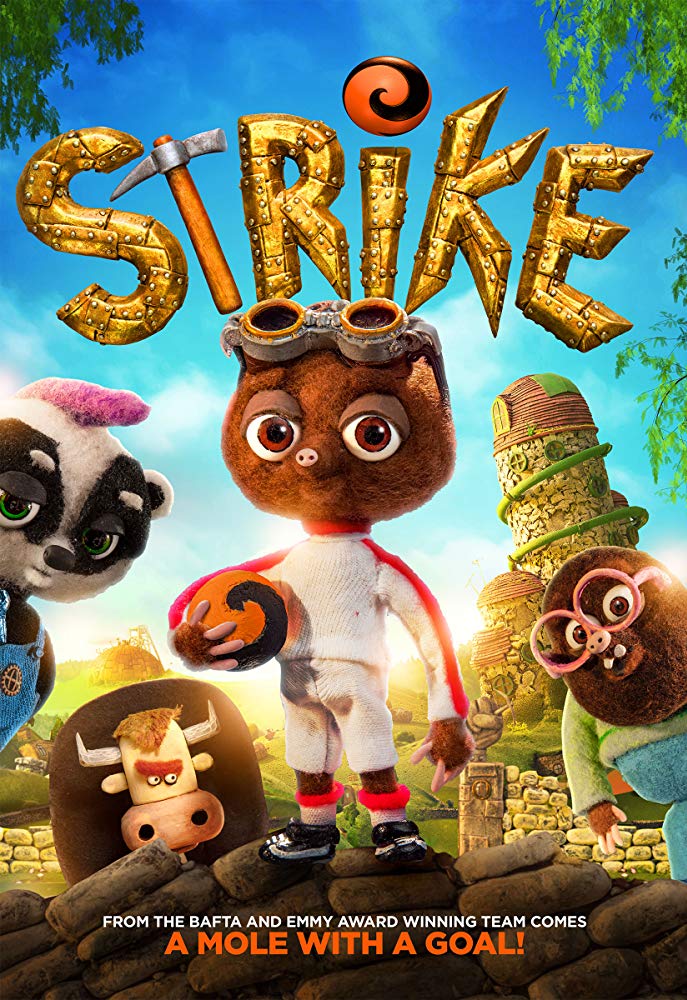 Mango is a young mole who must follow the family tradition and go to work in the local mine with his father. A gifted footballer, he dreams of playing in the World Cup. But when a gangster threatens to take over the mine and ruin the town, Mango has to find a way of protecting his family and fulfilling his dream.

Living you dream is firstly about believing in yourself. Mango has just one dream: to become a champion footballer. But even he is committed ardently to finding glory on a football pitch, he can only do so if the people whom he loves most in the world (his parents, in particular his father) do not put up obstacles. The family tradition, which Mango's father wants him to prolong, is a blockage to his plan to become a football star. It is a tricky situation: his fondest dream is incompatible with his dad's (which is to strike gold). The ghastly situation caused by wicked bandits throws Mango's life into turmoil and the youngster finds himself having to balance his own aspirations with ensuring the survival of the mine. Happily for him, a quirky team of children are on hand to support him when times are toughest and even when things get truly dangerous. There is Hedy, the brains of the group, Ryan, whose appetite is insatiable and Maggie, who is nowhere near as naive as she seems; they all help to lift their friend's spirits when he is feeling down and full of doubts, so that he can overcome the challenges he faces. As in football, team spirit is one of the major values in this film. There is a kind of permanent competition between Mango and the people who want to stop his progress (his father, the nasty boss and his henchmen, and other players) but the support of people he cares about (his family and friends) enables him to cope with his fears and troubles and move forward. Each of the film's colourful characters brings comfort and humour in Mango's world. There is no shortage of comedic situations in the film and the jokes keep coming. We laugh, we are moved and we stamp the floor with excitement at the action scenes in the last third of the film. So the story inspires a range of emotions as it pits a child's dreams against his parents' expectations, and the cruelty of nasty individuals against the goodness of faithful companions. All that comes with high-calibre stop-motion animation and distinctively British humour, making this a film of which the creators of Wallace and Gromit would have been proud. With Mango, Trevor Hardy hits the back of the net!

A 12-year-old Guinean boy, Bandian, leaves his rural village to follow his dream of becoming a top...