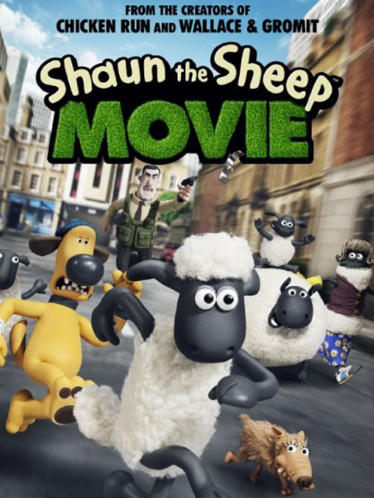 Review by Sarah Génot
The divine comedy Adventure all the way

In Mossy Bottom Farm in the English countryside, monotonous working days follow one after the other and a flock of sheep start dreaming of a holiday. Everyone is stressed: the farmer, the dog Bitzer and the flock. But the farmer no longer seems to be aware of that: he plans out the day so that the timetable is respected. Shaun, the flock's intrepid leader, decides that things cannot go on like this. He hatches a plan to make it stop. Alas, things do not play out as planned. Things veer out of control and our merry flock of sheep find themselves driven into the big city, a strange and hostile world and the scene of adventures that take countless twists and turns, not helped by the fact that the farmer loses his memory!

Shaun the Sheep appeared for the first time in an episode of Wallace et Gromit (A Close Shave) made in 1995 by Nick Park and Peter Lord, the star directors of Aardman Animations. The British animation studio, which was founded in 1972, specialises in clay animation and achieved fame through short films and feature films with Wallace and Gromit and Chicken Run and the distinctive British humour that has become one of the hallmarks of its productions. A whole television series was subsequently devoted to Shaun. After winning the affection of English children, it was only natural that Shaun's creators decided to make him a star of the silver screen, too. The result is a real treat. All the skill and wit that we have come to expect from Aardman are in evidence again: deft and clever slapstick laced with a critical interrogation of British society; and, in technical terms, clay puppet animation (silicon today) that accentuates the characters' tenderness, along with slick editing that make the film exhilarating. It is a classic slapstick story, with a scheme that careers out of control with hilarious consequences, such as the farmer becoming an amnesiac hairdressing star, Bitzer and Shaun winding up in a pound where they are guarded by a psychopath who hates animals, and the flock of sheep navigating their way through a callous city. In addition, the complete absence of dialogue and intelligible words makes the film purely visual slapstick in the lineage of Chaplin and Tati. The satirical spirit is accompanied by a critique of British society and its excesses, such as outrageous productivism, animal abuse, the immediacy and pointlessness of seeking celebrity through the media and social networks, and so on. The result is a triumph, a genuinely funny and genuinely intelligent film that is always very tender!

Suitable from age 5 and for people at any stage of life. Shaun the Sheep is a slapstick comedy with universal appeal!