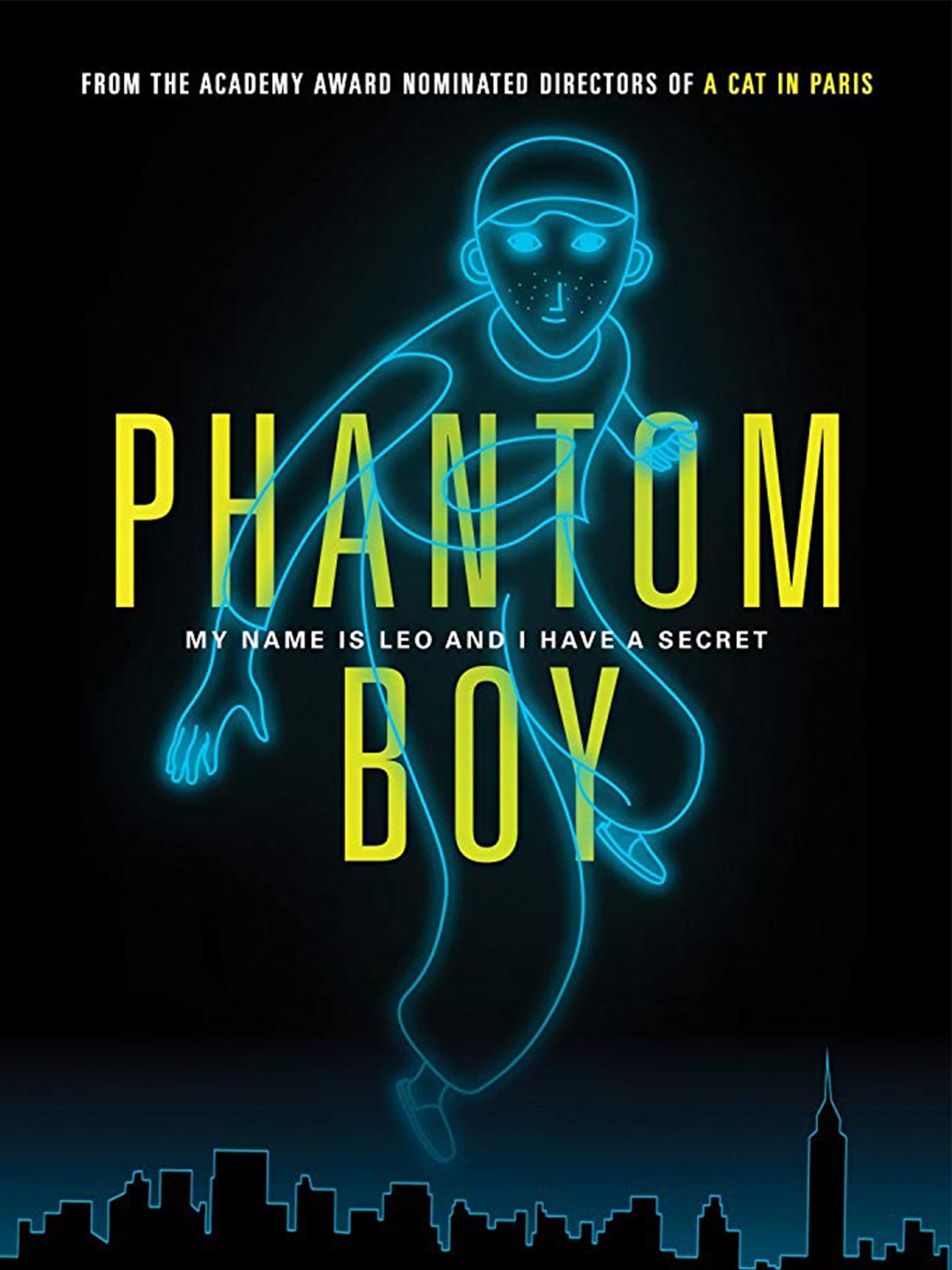 In New York, a mysterious, disfigured man injures Alex, a police inspector dispatched to catch him. While recovering in hospital, Alex meets Leo, an 11-year-old boy with the ability to float outside his body. Like a phantom, invisible to everyone, he can fly and go through walls. The disfigured gangster threatens the city with a computer virus. But with the help of the child's superpowers, Alex resumes his investigation.

After the success of ’"A Cat in Paris", we eagerly awaited the next film by Jean-Loup Felicioli and Alain Gagnol. And we were not disappointed by this offering, which was again produced by the Folimage studio with characteristic skill and artistic rigour! Two tales are told alongside each other: a detective story and the story of a a child's fight against illness. The way the hero evolves is very smartly handled and lends real depth to the story, as while Leo is actively involved in solving the case and tackling the dastardly Man with the Broken Face who is threatening New York, he is above all a day-to-day hero because of how he combats the affliction within him. He is supported in this by a loving, close-knit family, with the magnificant protrayal of the family being a bonus delight of the film. The phenomenal power that his illness gives him – the ability to float outside of his body and slip through walls like a ghost - enables him to help inspector Alex and the intrepid Mary, a journalist hot on the heels of a scoop. Most of all, though, the superpower allows him to escape from himself, to dream of himself as a superhero doing good. It is a gorgeous celebration of the power of the imagination! But he has to be careful because the power can be dangerous to him if he overuses it: if he stays outside of his body for too long, he runs the risk of disappearing, plain and simple. That is what makes the film so brilliantly original, how it blends two genres in a way that allows each to support the other. The detective story supports Leo's courage in his fight against illness. The tension in the investigation is heightened by the suspense surrounding the effectiveness of the treatment Leo is undergoing. The film is never difficult viewing even though it addresses a serious subject, it is well-judged and moving. The very original screenplay unfolds amid sumptuous décor: a New York reinvented by the imagination and graphic talent of the directors and their team. The animation retains its artisanal spirit, and you can even feel the pastel and Canson products, the black lines of the quill or pen. The colours shimmer and the perspectives have an expressionist quality. Nothing is too beautiful for children!

Suitable from age 6, with the film sure to thrill children up to 10