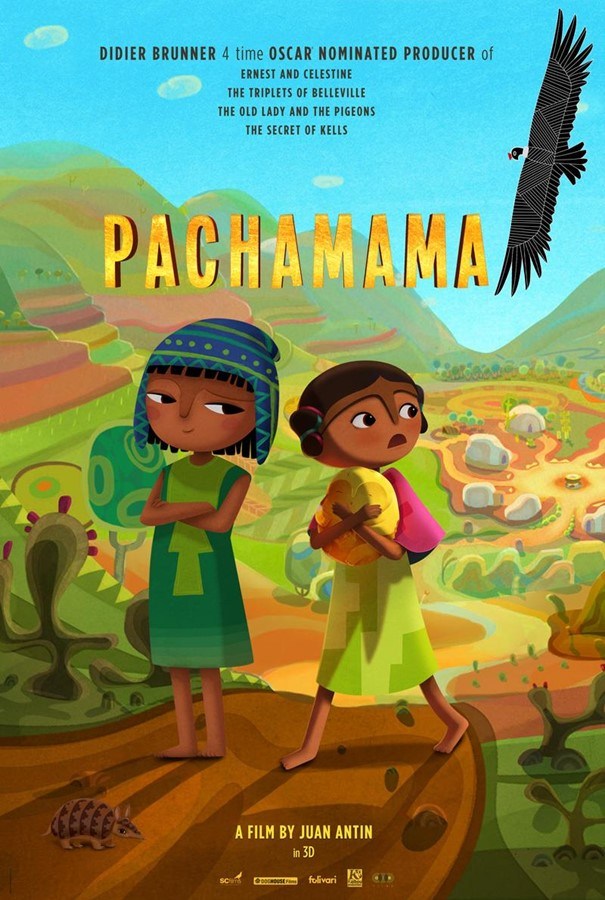 Young Tepulpai lives with his family in a small village in the heart of the Andes. They live in harmony with nature and their lives involve making regular offerings to "Pachamama", the goddess revered as the earth/time mother. The tranquillity is suddenly disrupted by the arrival of a tax collector, who comes to demand a levy in the name of the Great Inca. To establish his authority and dispossess the villagers of their most precious asset, he confiscates their protective totem, a golden statuette called the Huaca. Tepulpai jumps on the opportunity to prove his devotion to Pachamama and his bravery, as he charges off in pursuit of the Inca delegation to get the Huaca back. He is quickly joined by his friend Naira and her llama Lamita. The way ahead is perilous even before reaching Cuzco, the royal Inca capital that is besieged by Spanish conquistadors...

The adventures of Tepulpai and Naira take us back to the Andes in the 16th century, when the Incas of Peru conquered Argentina. But while the Inca king passes himself of as a divine ruler and weakens his people, the conquistadors arrive from Spain with the intention of seizing power. The scene having been set thus, it is important to point out that the director's aim here is not to chronicle the Spanish colonisation but to give a voice to the Indians by shining a light on their way of life. Respect for nature lies, of course, at the heart of the film, both visually and in the everyday lives of the characters who represent the broad spectrum of Amerindians. Every day they submit offerings to the earth to return a little of what it gives them. They believe Pachamama to be a living entity that can listen, feel and suffer. Juan Antin pays tribute to Andean cultures by including cornerstones of their beliefs in his story, such as a Huaca. This term refers to something that is worshipped. It could be a natural site or an object related to an indigenous belief system. In Pachamama, the Huaca is a golden statuette that gets stolen by the Incas and which, as the quest unfolds, enables Tepulpai to become a man. At the start of the story, the boy is selfish and wants to become a shaman just because of the power that the role brings. He dreams of flying with the Big Condor and does not takes seriously the responsibilities of the role. To overcome the hurdles in his path as he tries to retrieve the Huaca from the Incas and then from the conquistadors, he has to demonstrate not just courage and cunning but also humility. The adventure is a coming-of-age journey not only for the young boy but also for the excessively obedient Naira, who learns to seize her independence and assert herself. Pachamama is also a tremendous success from a visual point of view, with the vindication of some very bold decisions. The animation is very gentle, with child-like lines and an explosion of shimmering colours. The representation of the lives of the indigenous peoples has to be a celebration despite the adversity! This is a charming film to watch as a family so that you can share some of the spirituality that it emits and look at a topic seldom covered in films aimed at young viewers.

Some of the scenes during the invasion by the conquistadors, which only last a few minutes in the film, may upset very young viewers. We recommend this for age 7 and over.

Adama is a 12-year-old boy who lives in a remote village in West Africa. His people live according to the...

Nanook of the North

This film follows the daily lives of Nanook and his family, Inuits in the Ungawa region on the eastern bank of...