My life as a Courgette 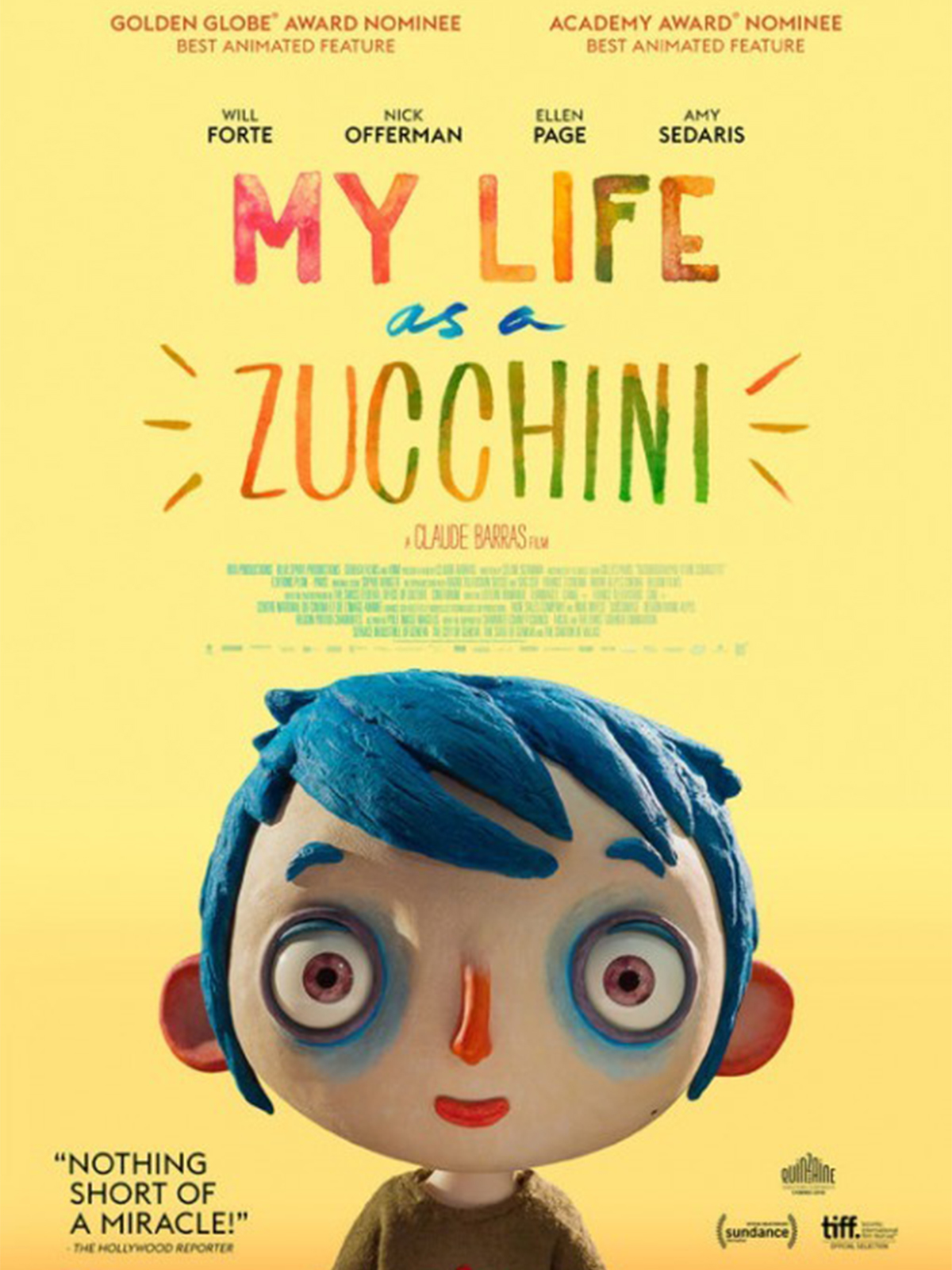 Review by Laetitia Scherier
Friendship and romance The meaning of life

My life as a Courgette

Courgette, or Icare to give him his real name, is a 10-year-old boy to whom life has not been kind. He has lived alone with his mother ever since his father ran off to travel the world with a "hen". When his life with his alcoholic and sometimes violent mother takes a dramatic turn, he is taken away and ends up in an orphanage called Le Foyer des Fontaines. There he meets other children from difficult backgrounds. A new world opens up to him. He is thrust into a series of adventures full of emotions, because orphanages are not all about sadness! Courgette learns that friendship and love are still possible, and why he can hope for a fresh start.

The first challenge that My Life as a Courgette took on related to the screenplay, which aimed to adapt a novel that was written for teenagers into a story that would be accessible to younger viewers, while retaining its essence. The emotions that the filmmaker openly and boldly strives to stir in young viewers are more complex than the ones that most productions aim for - and the result is all the more enjoyable for viewers. For his first feature film, Claude Barras also pulls off a successful blend of humour and emotion, showing a lovely lightness of touch in the way he handles a heavy subject. He speaks to us in a voice to which children can relate, delivering it with great skill through a strange little blue-haired boy who has a lost look in his eyes that melts our hearts. The authenticity of the dialogue and the voices is one of the keys to the success of the film. Sometimes only the format reminds us that this is not a documentary. The intonations, vocabulary and inquiries of 8 to 11-year-olds are perfectly captured, resulting in some highly amusing scenes. Thus we are reminded that mistreated children can overcome their wounds and have not lost their innocence. Very quickly we start rooting for these little champs, whose stories each tell of a childhood violated by irresponsible adults. Yet in spite of appearances, My Life as a Courgette is a good deal less cruel than a number of classic children's fairytales. With childhood wounds forming the background, My Life as a Courgette is intended to be an uplifting work full of poetry. It is a coming of age story about discovering friendship, openness to others and empathy, as well as love in all its forms. The orphanage becomes a shelter for these kids, a place where they can rebuild themselves at their own pace. Young Courgette finds his bearings there and comes to feel that he belongs to something that he had stopped daring to dream of: a family - specifically, a family of his choosing. There the film addresses a basic idea of our modern society and offers a very positive take full of hope. Claude Barras includes directors such as Tim Burton and Marek Beneš among his influences so it is no surprise that he chose to make My Life as a Courgette with puppets. The highly stylised aesthetic, featuring latex foam puppets animated frame by frame, is remarkably beautiful. Their emotions are conveyed primarily through their oversized eyes. As the film is meant to be as realistic as possible, the setting is not hurried; instead, individually shot frames are used to allow characters to evolve, fully developing the bodily expressions typical of children. This is a real gem to discover, with plenty of laughs and maybe some tears. Just like all great cinema films.

We recommend this film for viewers aged 8-9 and above, depending on the child's maturity. Although handled with a lot of humour, the topics addressed are very heavy, so more sensitive viewers may need to be accompanied. Marc Bonny, the president of Gebeka Films, which not only distributes My Life as a Courgette to theatres but also co-produced it, said in an interview with Le Film Français in June 2015: "The film is aimed at viewers aged 7 to 8 and above, with the core target being 8 to 12-year-olds. The aim is to move them, and their parents. The stop motion technique and the decision to use puppets creates a special emotion, helping the film to pivot between joy and tears. "

Antoine Doinel is a 13-year-old boy who lives in Paris, dreams of seeing the sea and prefers freedom, the...