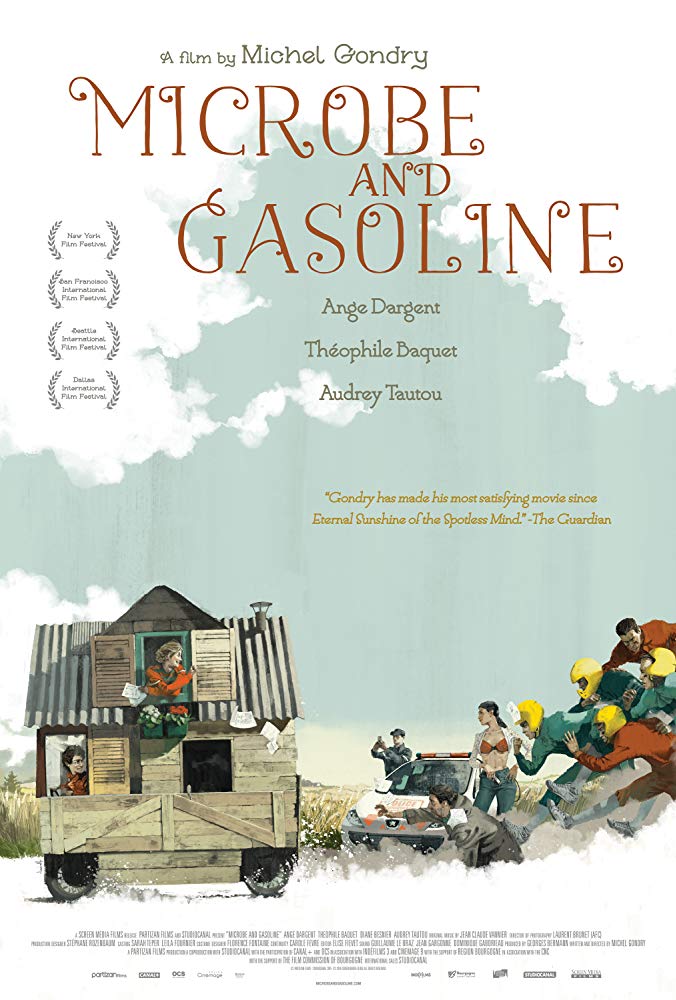 Review by Camille Lepetit
The divine comedy Adventure all the way

Daniel, aka "Microbe", is a shy daydreamer who is shunned by his peers. When Theo, nicknamed "Gasoline", is plunged into his class, a friendship takes root. The duo seems unusual but the boys both have fertile imaginations - Microbe is a painter, while Gasoline is a master in the art of improvisation and DIY. Relentlessly mocked, they decide to built a "cabin car" so that they can leave Versailles. When the summer holidays begin, they hit the road in their bizarre vehicle. In the course of their many adventures, they wind up close to Laura, the girl whom Microbe secretly loves.

With this road movie featuring young school kids, Michel Gondry finds a fantasy-filled and sometimes humorous way to immerse us in the values and imagined world of a pair of teenagers who, at first glance, seem to be complete opposites. Microbe comes from a middle class family in which his mother is a depressive bohemian, while Gasoline, the son of the town's antique dealer, is from a lower social rank. But their vivid imaginations bring them together. They both face a daily grind of school, mockery from their classmates, and a sometimes tense family situation. So they are driven to create something of their own: they build "cabin car" and then drive off in it in search of adventure. The concept of making things is at the centre of the director's work, evident both in the story and in the look and feel created for the film. The film presents a joyful portrait of two characters: Microbe, timid and impressionable, and Gasoline, a free-thinking outsider. Their coming-of-age journey strengthens their friendship and helps to become fully aware of who they are. They grow up. The director revisits a few of his own memories in a film whose strength and charm lie in the outdated feel of certain parts of it, which prevent it from lapsing into "the youth of today" clichés. The two friends show us that the emergence of new technologies has not stunted their creativity. So this is not a run-of-the-mill teen movie even if it shares some common themes: issues about the teenage body, identity and, of course, love. The energy and power of the film also come from Gondry's simple, light but hugely important mise en scène. The director adopts the friends' point of view; we find ourselves in the heart of their imaginations and of the films they make. Another thing that makes this film a must-see is the fact that humour and jokes outweigh the seriousness.

Microbe and Gasoline is aimed at adults and at children aged 9-10 and above (pre-teenagers). Young viewers will identify with the characters and their humour and issues (identity, love, relationships with adults, independence, and so on) while grown ups will find themselves recalling childhood memories with the same admiration that Gondry has for children's imagination.

On a small island off New England during the summer of 1965, a pair of 12-year-olds decide to run off in...