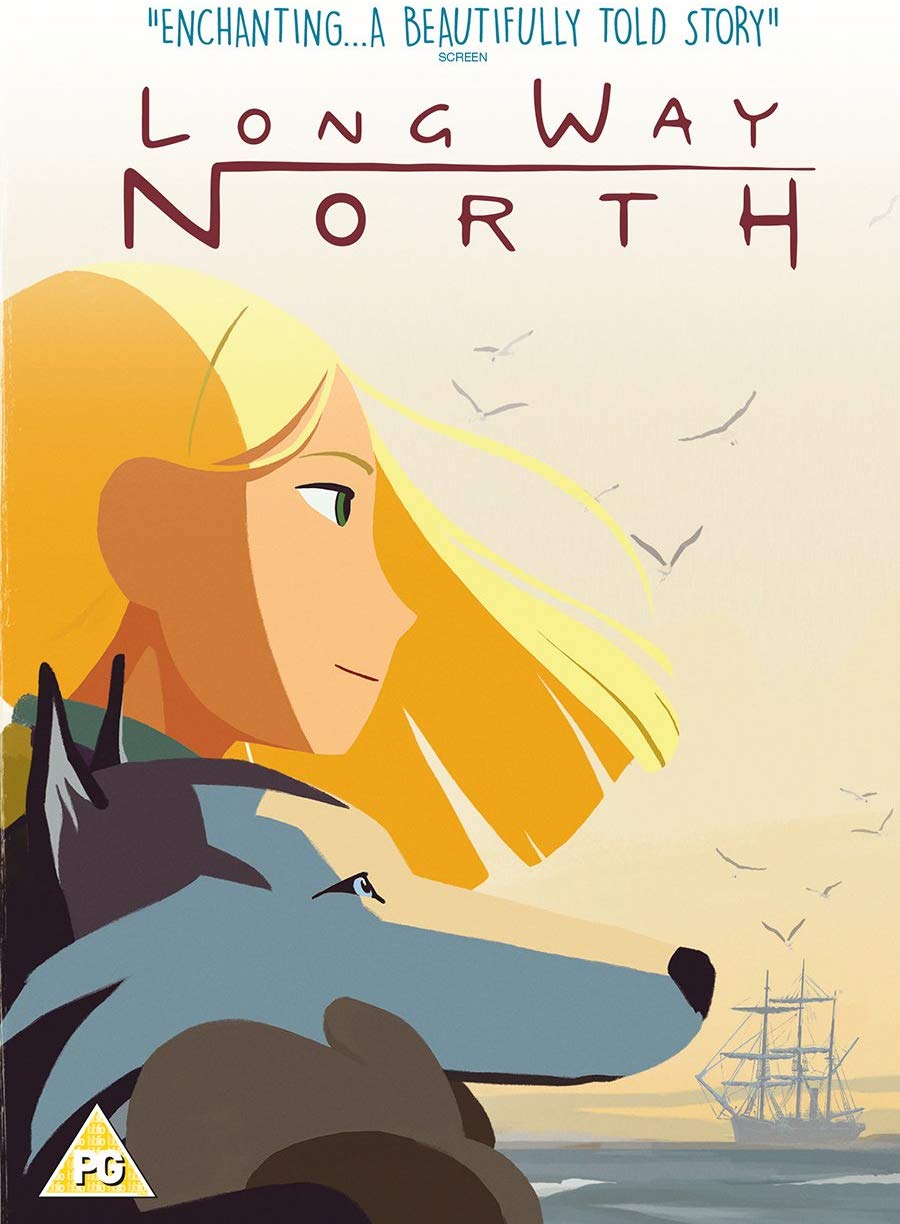 In 1882 in Saint Petersburg, Sasha is a 14-year-old aristocrat who has always been fascinated by the feats of her grandfather, the famous explorer Oloukine. Sadly, he never returned from his last expedition, which was to the Arctic aboard the famous Russian ship, the Davaï. Sasha is convinced that the search for him is following the wrong route but, knowing how upset she is about the loss of her grandfather, people around her tend to not take her seriously. Sasha cannot bear being helpless and hopeless, so she embarks on a perilous quest to the North Pole aboard the Norge…

This is a bold directing debut by Rémi Chayé, both in terms of the narration and the animation. Viewers meet Sasha in a snow-covered 19th-century Russia. She is an intrepid young girl who already feels stifled by social conventions. Her voyage is driven by the desire to restore her family's honour after its reputation was questioned by the Tsar's nephew. Most of all, though, she is clinging to an almost instinctive hope that she is going to find her grandfather, to whom she has been especially close since early childhood. Viewers can appreciate their special relationship through short flashbacks that show the tenderness between them. At the start of her odyssey, which has the feel of a coming-of-age journey, Sasha is helped by Olga, the inn landlady, and by the crew of the Norge, particularly Captain Lund, his brother and first mate Larson, and young Katch. It is clear from this summary that conquest and travel are important themes in this film, but the story also focuses on the relationships between the characters, the cross-generational bonds and the duties borne by each party and the strength of ties that are woven between people as they go. The film gives us the pleasure - a pleasure that is still too rare in animated films suitable for, or aimed at, young viewers - of discovering a strong and feminine heroine. Young Sasha has to display a lot of courage to survive in an environment that is very hostile to humans yet deeply fascinating. The film enables us to marvel at the magnificent landscapes and to discuss the environment with our children. It was quite a challenge for the film makers to deliver such wonderous aesthetics. No pencil marks are visible on the characters, who are delineated solely by solid colours. This unusual feature not only, and almost single-handedly, gives the film a visual identity of its own, but it also lends the animation an incredible gentleness. It may seem minimalist at first but it is, in fact, one of those very fine and very rich coloured pieces of art that radiate something very strong. Moreover, the digital 2D cartoon is described by Rémi Chayé as "zero paper": the drawings and paintings were created exclusively on computers and graphic tablets. Some elements, such as the Norge, were designed in 3D so that their movements would be more credible and to allow more detail. Pop music - deliberately out of time with the era, which is what the director wanted - back up the emotions without emphasising the epicness of the crew's adventures. A story about family, passion and self-discovery - and a story to be enjoyed as a family.

The Secret of Kells

Brendan is a 12-year-old boy living in the Abbey of Kells, which is ruled with an iron fist by his uncle,...