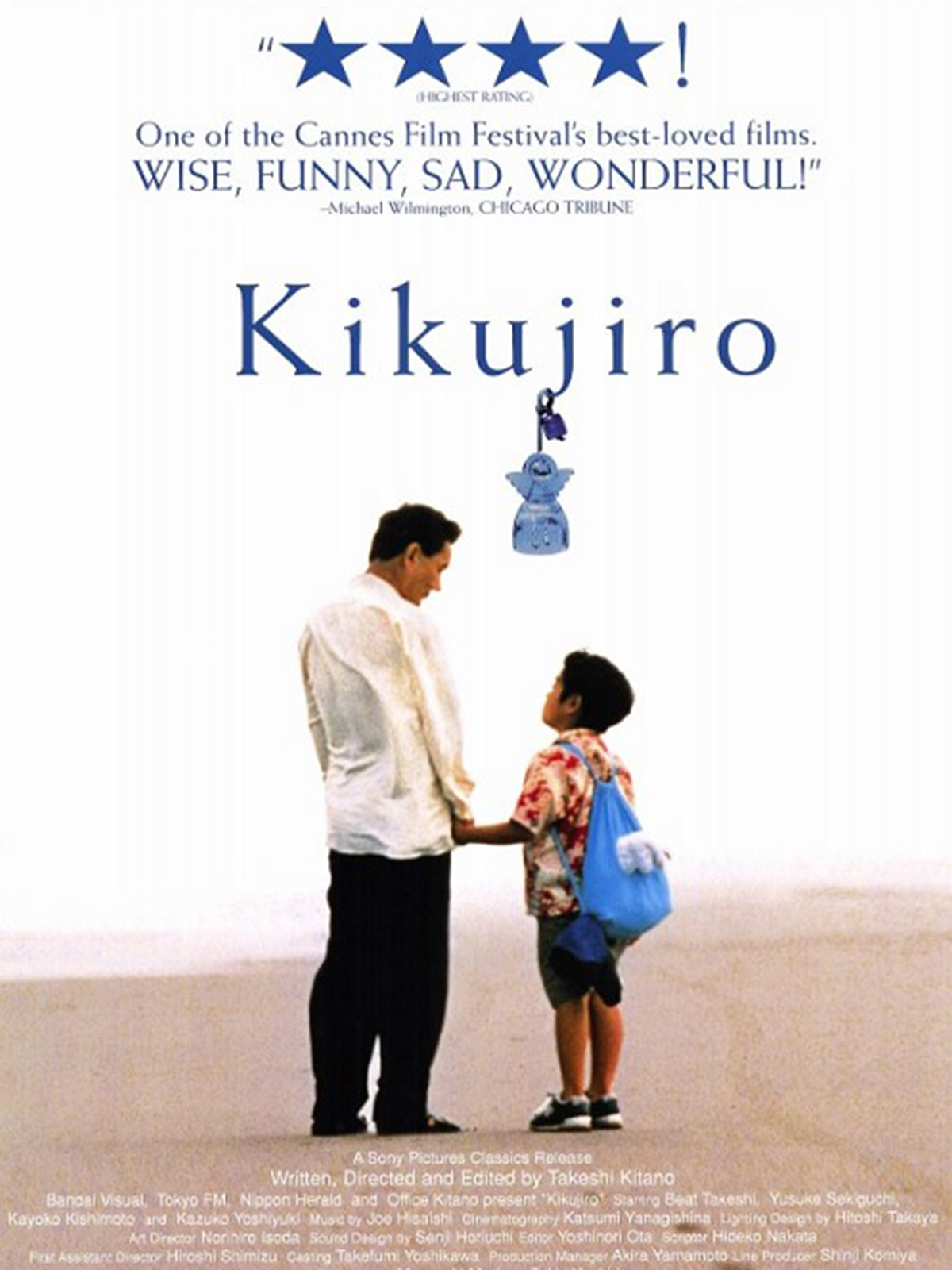 Review by Chloé Vedrenne
The divine comedy The meaning of life

The big holidays are beginning and, unlike his friends who are off to the seaside, Masao has nobody to go travelling with. One day, while he is bored in his grandmother's home where he lives, Masao chances upon a photograph of his mother, whom he has never met. He makes a decision on the spot: he will go find her. Kikujiro, an awkward former yakuza, is entrusted with the task of accompanying the boy on his quest. All things considered, this holiday might not be as boring as feared.

Kikujiro is a film like no other in the canon of Takeshi Kitano, a Japanese film maker renowned for his dark and violent movies even if he has also made some completely nutty ones. This one is different not because of the blend of drama and comedy, which could already be seen to various extents in Sonatine, Hana-Bi, A Scene at the Sea and Jugatsu (all films intended primarily for adults), but because of its supreme sweetness. For the first time (and possibly only time to date), Takeshi Kitano made a rather optimistic film entirely focused on life, without denying that man can sometimes be bad and existence painful Kikujiro is one of his most personal films and, as a result, one of the most touching. Kikujiro was his father's forename. His father was often absent and is said to have hung around yakuzas. So it is not hard for us to read between the lines and surmise that the relationship that grows between little Masao and Kikujiro the former yakuza is a dramatised version of elements of Takeshi's relationship with his father. As is his custom, the film maker performs in his own film. Here he plays the role of Kikujiro, an immature man with few scruples. But very quickly we realise that his gruff man is not as nasty as he seems. As the title suggests, Kikujiro is the main character, although we do not learn his first name until the very end and the poster for the film shows Masao alone in the foreground, with Kikujiro much smaller in the background. The whole film plays on this ambiguity about the identity of the main character, with the emphasis subtly shifting along the way. The child Masao meets the child that Kikujiro still is and, with Masao by his side, Kikujiro gradually evolves into a real adult. The transformation is striking and upsetting. Despite Kikujiro's not inconsiderable flaws, Masao becomes attached to this slightly wild man, while Kikujiro grows fond of this child whose family history is similar to his own. With each being an orphan in his own way, Kikujiro and Masao become kind of like a father and son for each other. The film is built like Masao's personal diary and allows us, with Kitano's inimitable sense of poetry and slapstick, to join an eventful road trip undertaken by two people who were made to meet each other.

Kikujiro is suitable for children aged 7-8 but we recommend it for age 9 upwards because the language is often flowery and some scenes may upset sensitivities, even if Takeshi Kitano is clever enough to take the edge off the violence, either through humour, implication or by keeping it in the distance in the background.

When she gets out of hospital, a penniless young mother who has been jilted by her lover abandons her baby in...

All set for the Land of the Rising Sun! This course is designed as an invitation to travel through the Japan of yesteryear and today. Benshi chose works by essential directors of Japanese cinema (including Miyazaki, Takahata, Hosoda, Kitano and Kore-Eda). They are suitable for cinema-lovers aged 7 and over. These stories reflect prized qualities of Japanese culture - modesty and sensitivity -, and the importance of the family is a recurring theme in them, as is respect for environmental balance. Now is the time to discover these "Treasures of Japan"... This course opens a little door that encourages you to continue exploring the vast richness and diversity of Japanese cinema.