How the toys saved christmas 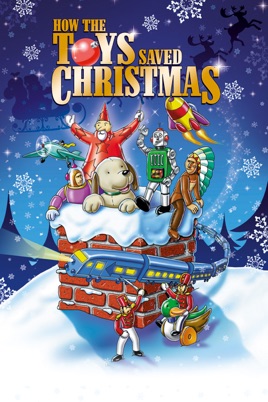 Review by Antoine De Ducla
Adventure all the way

How the toys saved christmas

As with every year on the eve of the Epiphany, Befana the good witch sets off to give gifts to the best behaved children. But then she falls ill and cannot complete her round. So she entrusts the job to the conniving Dr Scarafoni, who has no intention whatsoever of handing out the presents. So the toys decide to go to the children themselves…

As you know, on Christmas Day Santa Claus climbs down chimneys to leave presents for good children. But did you know that in Italy they also have Befana, the good witch who, for the Epiphany, flies through the sky on her magic broomstick and leaves gifts in stockings hung above fireplaces? But this time wicked spirits try to stop her from delivering the gifts. Instead, the evil Scarafoni plans to sell the toys to whichever families will pay the most. How can this injustice be thwarted? The toys comes to life to take control of their fate. More than a great adventure (during which the toys face several dangers), the Toys Who Saved Christmas deals with essential concepts such as goodness and justice. The present that Little Francesco, from a household of very modest means, dreams of getting is the famous blue arrow, a small electric train. Sadly, he comes up against the nastiness of Scarafoni (who only thinks about money), the villainy of a pair of thugs who are not above breaking into a toy shop on Christmas Day and the pride of spoilt rich kids who believe they are entitled to whatever they want. Not only do the toys become aware of the perilous situation but they summon enough solidarity to act for the same good cause. They strive to rescue the happiness of the children, especially the most deserving ones. For his first feature film, director Enzo D'Alò chose to make a two-dimensional animated movie in which the refined lines lend clarity to the images and imbue the film with a certain softness. Whether we are laughing, shuddering or feeling moved, the film is full of tenderness and poetry, and childhood always has magic on its side.

"Do you believe dreams come true? " This is how a cricket who jumps from home to home grabs the attention of...

While a young seagull named Kengah is looking for some food, the North Sea is covered by an oil spill. Stuck...