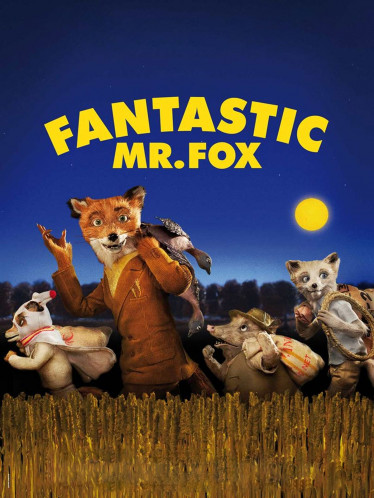 At the request of his wife, Mr. Fox agrees to put an end to his chicken-stealing days. A few years later, just after the couple and son, Ash, move into a tree near three chicken farms, Mr. Fox finds himself torn between his family and his real passion. While his cousin, Kristoffersen, is visiting them, driving Ash mad with jealously, Mr. Fox decides to break into a chicken farm, and then another one... The three farmers are furious at the theft and resolve to persecute the Fox family...

Although he switches from continuous shooting to stop-motion animation and from dramatic comedy to a family film, Wes Anderson retains the distinctive qualities of his creative world. These turn out to be particularly suitable for an adaptation of Roald Dahl's book... The adventures of this slightly megalomaniac and obsessive fox, who continually extricates himself from situations with inventiveness and panache, are not entirely dissimilar to some of the father figures previously featured in Anderson's work: Royal Tenenbaum, Steve Zissou, etc. Also, family relationships are handled without sentimentality and the baddies in the film - the awful Boggis, Bunce and Bean – are very bad indeed. The director stays faithful to himself while giving free rein to his imagination: thus the film becomes an ideal playground for fantasy, and stop-motion animation is the natural tool. Using models, shots, varying scales and sideways tracking shots, Anderson does not refrain from indulging himself. The viewers are the beneficiaries. Children will adore this and adults will be tickled by the abundant references. This really is a film for the whole family! Special praise is due for the work on voices, which is full of subtlety, gentleness and undertones, reflecting Anderson's knack for talking about serious things with a light and sober note. A lot of thought was also put into the hilarious supporting characters.

For young and old alike, from age 6.

Bandits and robbers are legendary characters in the history of cinema. But they are not always what we think: through these six films set in very different universes, you will meet lovable bandits, gentle and mischievous thieves and other, more sinister rogues. These figures are indispensable to adventure films and provide opportunities to address topics such as friendship, grief, family and unemployment. This course starts with a readily understood animated film and concludes with a neo-realistic Italian film and a film noir, charting a real progression in terms of cinematographic sophistication. So you are strongly advised to complete the course by watching the films in the suggested order.