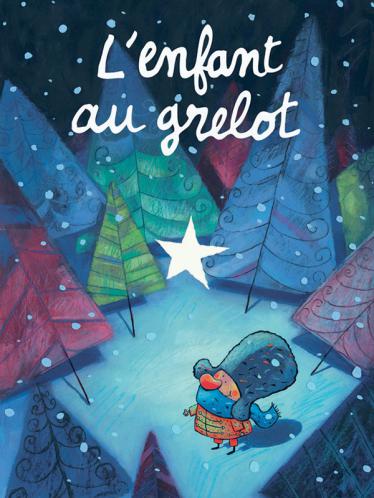 One cold winter's day a postman discovers an abandoned baby in the middle of the forest, clutching a jingle bell in his tiny hand. The postman decides to take the baby with him to place him in the care of Madame Rose, who runs the village orphanage. The little boy, whom they name Charlie, grows up surrounded by love and six other boys, who become like his brothers. But one year, with Christmas drawing near, Charlie makes an incredible discovery about his past…

All of the ingredients of the traditional Christmas fairytale are included here: snow, impatient children, letters, a diminutive hero with whom kids can identify or would like to have as a friend, a husky dog, reindeers and, of course, Santa Claus, chubby as you please and clad in red. But only someone unfamiliar with the now famous Jacques-Rémy Girerd ("Raining cats and frogs, Mia and the Migoo") would expect him to stop there! What sets "Charlie's Christmas" apart from other films in the genre is, firstly, its originality and the dash of craziness added to a story that dares to present a depressed Santa Claus in the midst of an existential crisis, refusing to do his rounds and burning children's letters. But this is not about doing down this illustrious figure - quite the opposite. The idea is simply to make Santa more human, a character who may be out of the ordinary but is nevertheless a human like the rest of us. And that makes it all the more touching. The film also enchants with its childlike aesthetics and characters close to caricatures, with strange shapes and out-of-proportion noses. "Charlie's Christmas" will also delight adults, who are sure to recognise the artistic references included in the film: Grand Jacques' bedroom, for instance, is uncannily similar Van Gogh's Bedroom in Arles (Van Gogh, 1888). And these references are not only hidden in the décor, as when Grand Jacques (who was not given that name by chance!) hurtles along on his bike, he brings back much-loved memories of Jacques Tati in "Jour de fête". A Christmas fairytale full of tenderness that goes off the beaten track with maximum pedal power, which makes it all the more enjoyable for young viewers!

We recommend this film for ages 3 and above. Older children who no longer believe in Santa Claus are likely to be less captivated by the film, so will probably not find it as entertaining.

Father Frismas tells the story of a little girl who, like Cinderella in the fairytale, lives with her father...

One freezing day, a little boy makes a snowman. During the night, he gets up, goes downstairs and leaves the...