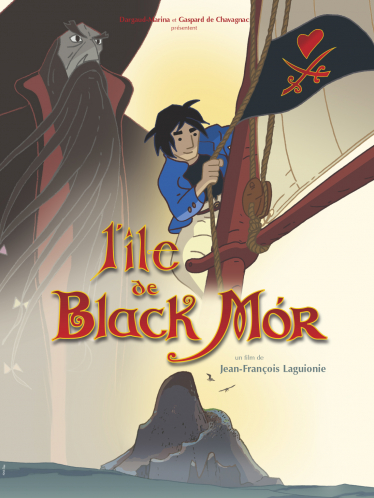 After escaping from an orphanage to go in search of a legendary pirate, the Kid embarks on an adventure in which he will discover love, friendship, the sea ... and life.

Blending ambition and modesty, Jean-François Laguionie's film earns respect, just like the director. The director pays tribute to the classic adventure and pirate films that inspired him - most obviously, Treasure Island, but also Moonfleet - before successfully finding its own path. Using a simple and effective story that grips the viewers, the director adds subtle touches to convey his own way of seeing things and his poetic sensibility. The love story, in this regard, is a real triumph, and so, too, are the support characters. The inspirations can also be felt in the animation technique, which is very pronounced without ever getting in the way of the story. The decision to use the ligne claire technique pays off, bringing together the action scenes, atmosphere and emotion. The magnificent maritime scenes and the scenes on the islands deserve special praise. What makes the film so good is the inspired and highly original artistic direction that serves the story well. In this regard, the personality and work of Jean-François Laguionie is unique in France, especially for the pictorial work. This film is a triumph, winning over viewers by its breadth, its ideas and its direction - and never forgetting that the goal of adventure films is to light up the eyes of children.

From ages 7-8, because the film feels a little dark at the start before introducing its glorious sea world. But everyone will get the references!