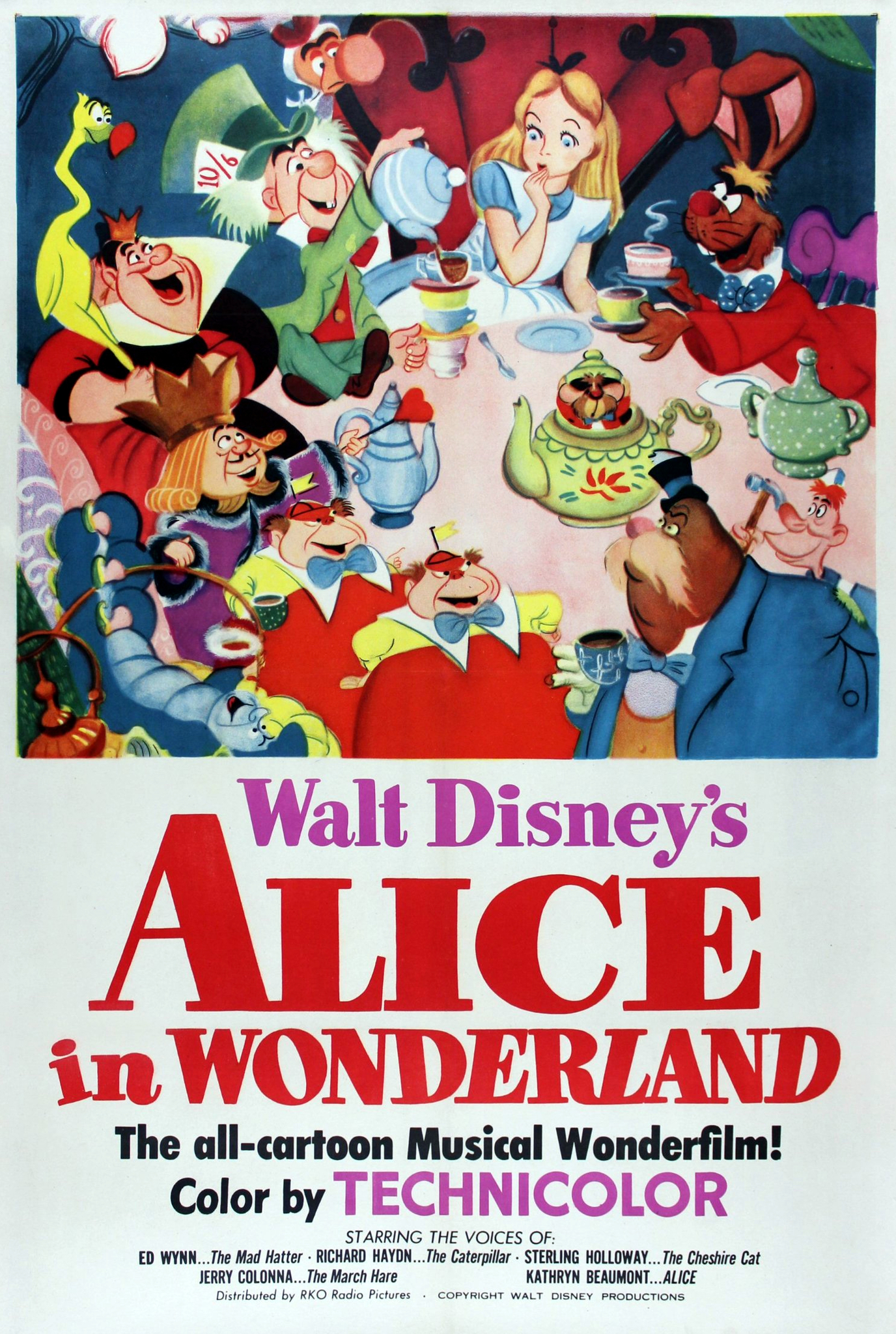 While her big sister reads her history lesson to her, Alice, a little girl with an overflowing imagination, grows very bored indeed. She starts to drift off to her dream world, a marvellous land where animals can talk and flowers break into sweet songs. While she gives free rein to this nice dream, her thoughts are soon interrupted by a strange rabbit. Sporting a dapper jacket and holding a pocket watch, the animal is in a hurry because he is late! Where is off to? Alice doesn't know ... but rather than listen to the sleep-inducing history lesson, why not follow him? No sooner said than done. The little girl heads off on the trail of this remarkable creature…

"If I had a world of my own, everything would be nonsense. Nothing would be what it isn't. And contrariwise, what it is, it wouldn't be." This line uttered by Alice in the opening sequence reveals the whole plan of the film. Even before the doors to the wonderland are pushed open, viewers are tipped off. They know that by following Alice on her wandering, they will enter a universe not ruled by logic and thus they implicitly accept to live amid all the absurdity. Faced with the very strict Victorian society in which Alice was reared, the wonderland is totally incongruous and riddled with folly, and that is what makes this highly unusual Disney film such a treat. Viewers meet a panoply of completely crazy characters. A pink cat with a psychedelic smile who, both figuratively and literally, does not have his whole head, a mad hatter and a March hare who celebrate their unbirthday in a legendary scene ... And lots of other creatures who never stop playing preposterous word games! On this ludicrous voyage, Alice expands and shrinks as the adventure unfolds, rising above the clouds or taking viewers into the tiny world of flowers and insects. That may all seem strange to viewers at first but it is also what make this film so beautiful. The wonderland seems to have no boundaries, spreading into infinity just like children's imaginations, which is what the film celebrates all the way through. The visual universe dreamt up by the artist Mary Blair, which is characterised by a range of vibrant colours, helps tremendously to showcase this surrealist place. An invitation to escape, Alice in Wonderland will delight children like a daydream, one with a brilliant soundtrack thanks to the songs that characters break into throughout the film.

Alice leads us into an absurd world populated by curious creatures such as Chester the cat, the twins Tweedle Dee and Tweedle Dum and the Queen of Hearts. Some of these characters may seem disturbing. Especially as their behaviour seems so fickle that it is sometimes difficult to figure out their intentions with regard to our young heroine. But Alice's detached reaction to these characters and odd situations softens any worries and enables us to split our sides laughing! That is why we recommend this film for children from the age of 6 so that they can fully appreciate this dive into a slightly crazy world of wonders.

Nathaniel is nearly seven years old but still can't read. But when his Aunt Eleanor dies, she leaves him the...

Tatsuo Kusakabe moves into a house in the country to be closer to his wife Yasuko, who is hospitalised for a...