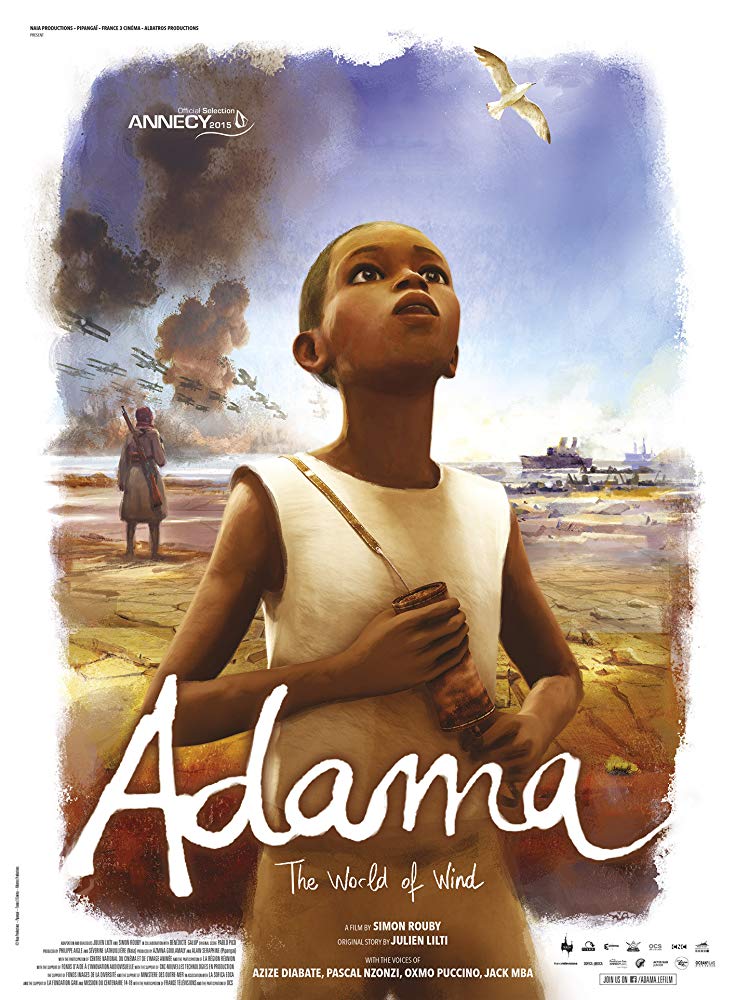 Review by Sarah Génot
The meaning of life

Adama is a 12-year-old boy who lives in a remote village in West Africa. His people live according to the seasons and traditional rules past down by their ancestors. Samba, his older brother, is about to become an adult and undergo a coming-of-age ceremony by the community's wise elder. Then he is to succeed his father as a blacksmith. But Samba dreams of moving elsewhere, to the Land of Blows, where the Nassaras promise him a future as a glorious warrior. When Samba leaves against the wishes of his father, Adama decides to go to find him and bring him back.

Adama is the hero of an adventure that is curiously redolent of current affairs. Driven by dreams of glory, money and other places, Samba, a teenager searching for his identity, finds himself trapped in a war that has nothing to do with him. From magnificent and timeless landscapes that could be the Dogon country, viewers are suddenly catapulted into the naked hell of World War I. Manipulated by the colonial system that chews up human lives and uses black populations as cannon fodder in return for a worthless promise of a gold-hued bonus for enlisting, Samba is the typical adolescent who sets off in search of himself but winds up imprisoned in a system that offers nothing but a nihilist future in which the only salvation is death. Adama, his younger brother, shows the determination of an innocent child as he does everything in his power to make him see sense. The theme of a child in war is a major one in art. It is tricky to address in films aimed at children because of the harshness of the images of war. Adama strikes a delicate balance between grim reality, which is not diluted, and the gentleness of a child whose viewpoint remains detached. The use of animation helps to reconcile these two aspects. The technique used creates a hyper-realistic effect (in the cruelty of war and in the beauty of the landscape and bodies) that, enhanced in magical way by the poetry of the subject, magnifies the violence of the story. Viewers are immersed in the fog of war featuring mental images, thuds and entrancing music, making us wonder how to escape the hellish conflict. When all that is around you is death and suffering, where does the light come from? PS: The credits are fully-fledged parts of the film. It is worth staying until the end of the closing credits of Adama so that you fully appreciate the talent of the poetic rapper Oxmo Puccino.

Children under 9 may be upset by the reality depicted by the film: the violence of World War I.

Grave of the fireflies

It is June 1945 and the American army is bombing the city of Kobe. While their sick mother scrambles for...

What better medium to address history and freedom than the cinema? The seven very different films in this course tell stories that take us into the heart of history and recount the painful episodes that scarred the 20th century. They invite us, often very poetically and sometimes with humour or even music, to go back in time and share the adventures of these "small but great heroes". These seven films illuminate the past and help us to gain a better understanding of the world in which we live. They gently address events that have marked contemporary history and serve to stimulate great discussions with your children.