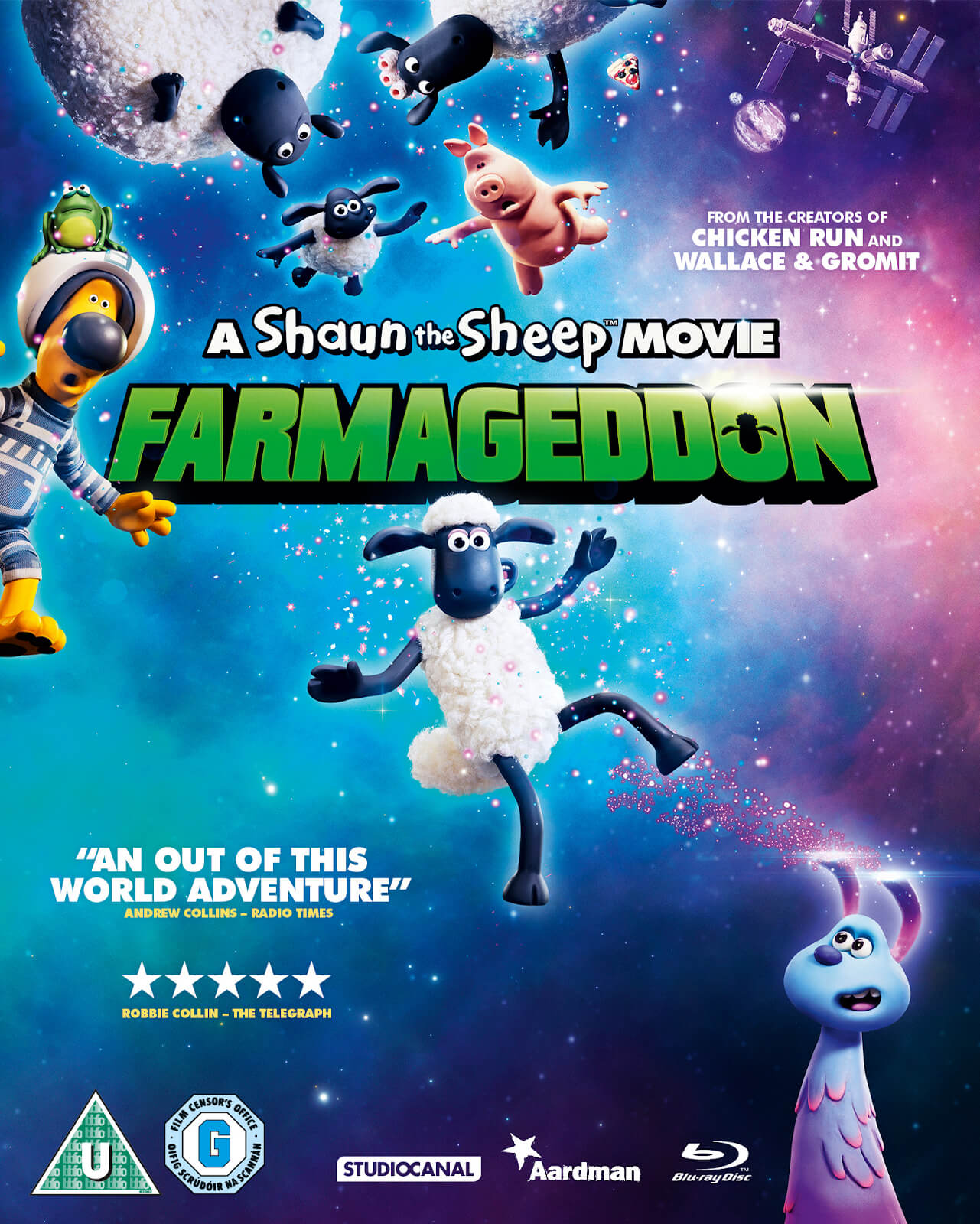 Review by Mégane Bouron
The divine comedy Adventure all the way

Our favourite sheep is back with an intergalactic adventure! This time, Shaun the Sheep meets an adorable space creature: LU-LA. To help his new friend get back to her planet, our hero must foil the plans of a sinister state organisation that is determined to capture the little alien. With the support of an anarchic flock. Shaun launches a "farmageddon" mission.

It is a great pleasure to see the latest creation of Aardman Animations on the screen! As ever, the famous British company pulls out all the stops to give viewers top entertainment. It is no surprise that this follow-up features the same irresistible slapstick world that made Shaun the Sheep so successful. This pulsating new adventure highlights the friendship between our woolly hero and a young alien named LU-LA. This adorable little monster has numerous supernatural powers (including levitation and voice imitation) and crash-landed on Earth after taking control of her parents' flying saucer. To return to her planet, LU-LA can count on the precious help of Shaun and his trusty sheep companions. But a dark government agency is looking for space creatures and will do anything to get hold of LU-LA. Thanks to his mischievous (and often clumsy) ideas, Shaun thwarts their plans and tries to save his new friend from their threat... This intergalactic odyssey is fuelled by an amazing amount of energy! For nearly ninety minutes we stay rapt by this madcap comedy with typically British humour and a hint of Wallace and Gromit. The characters and sets are impressively precise and almost make us forget that this is a stop-motion clay animation. And even though there is no dialogue in this feature film, the soundscape is absolutely gripping. The sound effects are hilarious and the soundtrack chosen for the film brings a whole range of emotions. For young viewers, this new Shaun the Sheep offering will inspire constant laughs, while older viewers will be tickled to spot numerous sneaky cinematographic references by the directors. Shaun the Sheep: Farmageddon is a unique adventure that can be enjoyed alone or with the whole family, young and old, for a moment of pure fun!

From age 6. Shaun the Sheep: Farmageddeon is a slapstick feature film that will delight the whole family!

Cowboy and Indian are clumsy. To celebrate the birthday of their friend Horse, they decide to get a kit for...