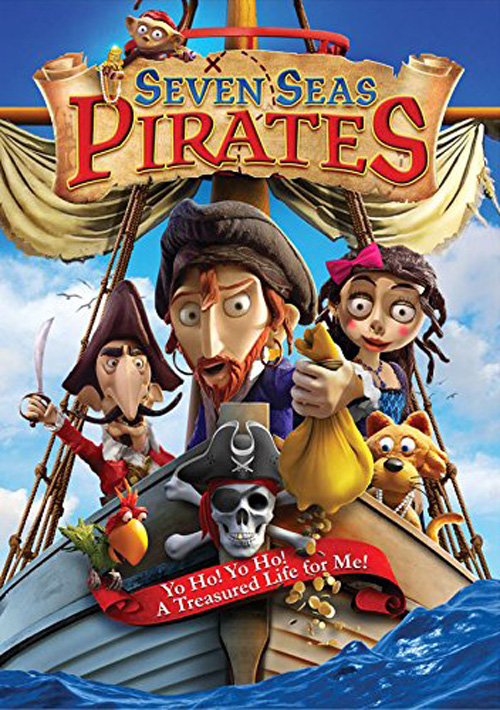 Review by Céline Maya Latour
Adventure all the way

Selkirk is a reckless and highly ambitious pirate. One day, he joins Captain Bullock's crew. Aboard the ship "Esperanza", he sails off in search of a fabulous treasure haul located somewhere around Cape Horn. But Selkirk proves to be a nuisance on the ship and the whole crew turn against him. The captain decides to abandon him on a desert island. He has to fend for himself for four years amid lush nature.

Far from the major Disney or Pixar studios, here the little Uruguayan studio "Tournier Animation" treats us to a marvellous film made almost entirely in stop-motion (only the sea scenes were made digitally). From a technical viewpoint, this is a masterful film. A 35-strong team worked for three and a half years to serve up this adaptation of the life of Alexander Selkirk. The detail and finesse of the sets are amazing. The script is simple and effective, based on an easy-to-follow structure. There are two parts to the story: in the first we meet Selkirk and his crew, full of ambitions, doubts and disagreements; Selkirk comes across as greedy and daring. In the second part, on the other hand, we discover another Selkirk, as he shows patience and resourcefulness as he strives to survive on his desert island. He never gets discouraged and, as the days drift by, he builds a little haven of peace so that he can lead a life that may seem basic to some but which ultimately enables him to find happiness. The evolution of the character is significant: without moralising, Selkirk learns that the most important values in life are not the ones he thought. A lovely story both in its substance and style, ideal for watching over and over again as a family!