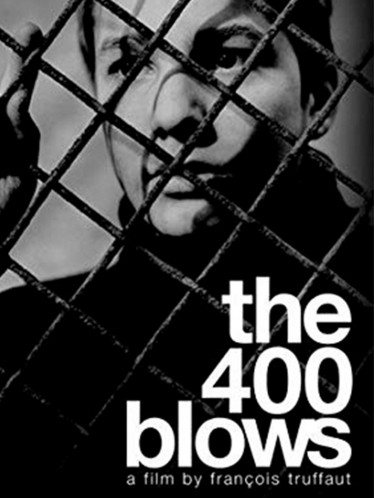 Review by Nadège Roulet
All-time classics The meaning of life

Antoine Doinel is a 13-year-old boy who lives in Paris, dreams of seeing the sea and prefers freedom, the cinema and Balzac to sitting in school. Prone to a bit of stealing and lying, he tries to get away from his absent parents. So with his friend René he ditches school, wanders around Paris and learns about life by raising hell.

The most striking thing about 400 Blows is the accuracy of François Truffaut's depiction of the delicate transition from childhood to adolescence. With its continuous violence, casual indifference and its thirst for freedom, it portrays childhood as a time spent living on the edge. Rather than a lost paradise, childhood is a challenging period through which we must pass. Based largely on the director's own life, this is almost a documentary, an exercise in cinéma vérité rather than pure fiction. Through this story of young Antoine Doinel, Truffaut presents a whole generation with a freedom of tone and a tenderness that can only come from emotional memory. The quality of the film's look and feel, the soberness of the framing and the light and the absence of artificiality all chime with the realism of the subject. Together they make this film a universal portrayal of childhood. Jean-Pierre Léaud, in whom François Truffaut saw a lot of his young self, also exudes truthfulness and accuracy. He play the role with so much energy, smoothness and authenticity that we can only conclude that Jean-Pierre Léaud actually IS Antoine Doinel. Only Jean Figo's film Zero for Conduct has evoked childhood with such frankness and talent. It is fuelled by the same taste for freedom and sincerity. No wonder it made such an impression on François Truffaut, who is often considered as the master of depicting childhood in the cinema. 400 Blows simply has to be watched. It is a formative film that transcends fads, essential viewing for growing up.

400 Blows is a film that moves adults as much as children. Young viewers will have no trouble identifying with Antoine Doinel, while grown ups will see in him a universal representation of childhood, which is conveyed so faithfully and precisely that it is sure to bring back lots of memories. Beyond all that, young and old viewers alike will appreciate this film's enormous quality as a work of cinematic art. That is why it is hailed as a major achievement in the History of Cinema.

War of the Buttons

Just like every year when it is time to go back to school, the pupils of Longeverne take on their counterparts...

Jacquot is a nine-year-old boy. He lives in Nantes with his parents and little brother. The loving and united...

The time to go back to school is not far away so Benshi decided to focus on children ... but not just any kids: these are scamps, tear-aways, pests and incorrigible rascals - in other words, brats! These films put the spotlight on naughty children who wreak havoc wherever they go, brazen as you like and sometimes full of quirky humour. But since cinema knows how to handle things, the portraits of these short-trousered terrors are also opportunities to investigate what lies behind their explosive and fragile emotions. School's back, long live break time!